At various points in the Sabine-Neches Waterway and at the jetties fish big enough to destroy your tackle right await you.

As the water temperatures begin to reach 70, sharks and rays will hit the local nearshore Gulf. For now we’re going to cover the underrated stingray which are starting to enter the area now and by month’s end show be in full force.

And the best places to start are at any boat or safety cut on the jetty wall. The tidal flow can be incredibly strong in these spots, since a huge amount of water is trying to move through a small space in a short time.

Rays lie on the edge of this flow to mop up on the crabs and baitfish that moves through. Another great location is the deep holes at the southern tip of the Gulf side of jetties. These areas are especially important during the period between March and early July when the big rays are most common.

I prefer to fish for rays with tackle, in the 50-pound class. Cut bait like mullet or croaker is best.

On stingray quests, I generally put out several lines with a slip egg weight and swivel, finished off with a wide gapped hook. It is best to use a steel leader of at least three feet in length, as it will help to avoid getting broke off if the ray runs to the rocks.

Rays usually take the bait and run with it, especially if they are extra-large ones. A few years back, some friends of mine and I were catching bull reds and rays and had what we assume was a big ray give us an experience we will never forget.

It took a very expensive rod and reel out of the boat by ripping the rod in the holder out of the fiberglass.

That increased my respect for rays tremendously.

The big, over-sized black drum are also present in the system right now.

At the jetties in particular, the drum will gather and feed as the forage moves through the boat cuts and around the southern tip of the rocks and around any deep holes.

They also gather up over shell in the channel and around big drop-offs in the ship channel areas.

I prefer to fish for drum with heavy tackle, in the 30 to 50- pound class. Crab is the best choice for bait. Broken in half, and hooked through the carapace, the stuff has a long hook life and is irresistible to drum.

Drum are a pecking fish and sometimes they will not just take your bait and run with it. When you see something pecking on your line, pick it up and wait until you feel pressure on the other end. At that point, pull back and brace yourself.

There are plenty of bull reds around now as well and they will take the same baits as the drum, although the absolute best bait is live croaker.

Anglers can catch oversized redfish in the exact same spots as they do the big bull drum and in fact will probably hang into a mixture of both.

We are entering a fun time for local anglers who like to catch big fish. The channel and jetties are full of the right now.

Rays and drum are not as pretty as speckled trout but they fight with much more gusto. That ranks them pretty high in my book. 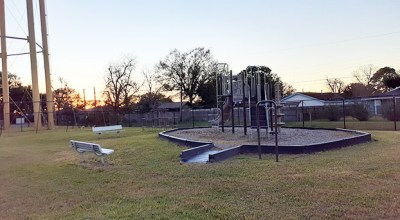