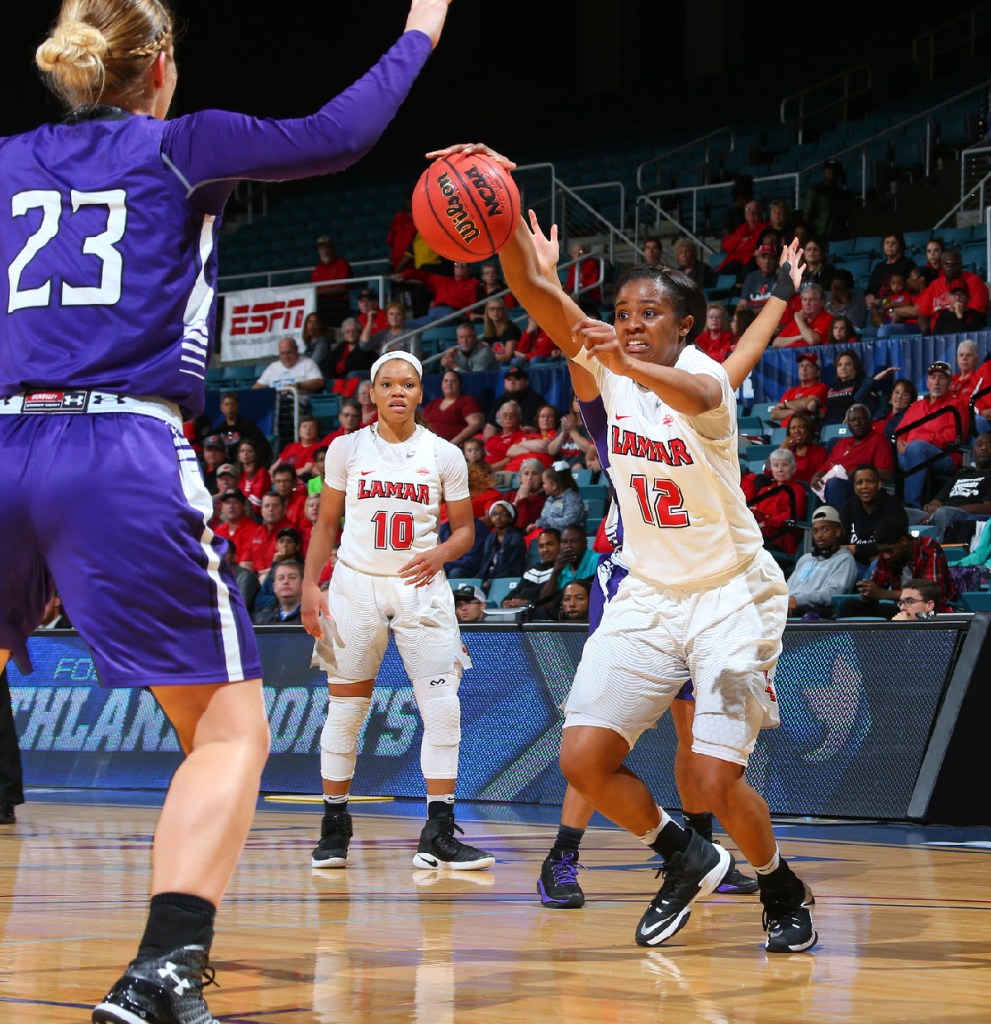 KATY – The Lamar Cardinals saw their hopes for a Southland Conference Tournament title come to an end Saturday as they dropped a 62-48 decision to the Stephen F. Austin Ladyjacks in the semifinals at the Leonard E. Merrell Center.

“The bottom line is that you have to put the ball down (in the basket),” LU coach Robin Harmony said. “We took 22 more shots but made five fewer baskets. You’re not going to beat a good team when you shoot 23 percent.”

The Cardinals were held without a double-digit scorer for the first time all season. LU had four players (Kiara Desamours, Kiandra Bowers, Moe Kinard and Baileigh O’Dell) finish with eight points apiece. Bowers grabbed 13 rebounds, while Barrs had seven steals, giving her a school-record 139 for the season.

Barrs also had three assists, giving her 190 for the season, the second-highest single-season total in LU history, behind only the 224 handed out by Jenna Plumley in the 2009-10 campaign.

“I said all week going into this game that you need your prime-time players to step up in big situations,” Harmony said. “Unfortunately, we didn’t have anyone do that today. We missed too many layups. It was very disappointing.”

The Ladyjacks took the lead for good and swung the momentum in their favor at the end of the first half. Adrienne Lewis scored on a layup with 28 seconds left in the second quarter to give SFA a 28-26 lead. Taylor Jackson then had a steal and layup in the final 10 seconds to give SFA a 30-26 lead heading into intermission.

“This is something we have to learn from,” Harmony said. “They have to remember how bad this feeling is and work to make sure it doesn’t happen again. They have to get in the gym and work on their shots. They also have to go back to playing one-on-one and two-on-two. Learning how to stop players. They have to take pride in not letting someone score on them.”

Taylor Ross, the Southland Conference Player of the Year, led SFA with 20 points. Stevi Parker had 14 points and 13 rebounds, while Adrienne Lewis finished with 10 points.

“You could see the frustration on our faces,” Bowers said. “This was definitely disappointing.”