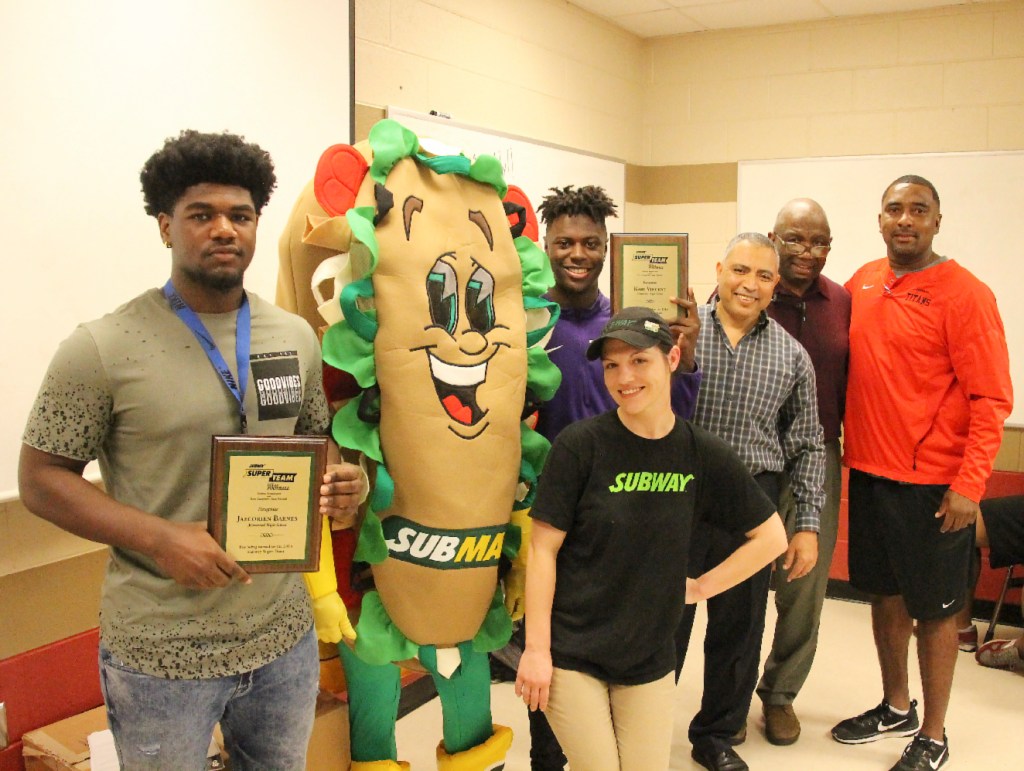 The college biographies for Kary Vincent Jr. and Jaecorien Barnes just got a little longer.

The two standout defensive performers for Port Arthur Memorial football received their plaques for making the Subway Super Team on Friday at the Memorial fieldhouse, as determined by fan votes.

Vincent, a cornerback who’s headed to LSU, added to a long list of honors, which include the Willie Ray Smith Award for best defensive player in Southeast Texas.

“It’s great to be awarded anything,” Vincent said. “To be added to the Subway Super Team is a wonderful feeling.”

Barnes led a talented linebacker corps on a Titans team that finished 10-2 and won a share of the District 22-5A championship. He signed with Incarnate Word last month.

“It’s amazing. I can’t even put it into words,” Barnes said. “It’s nice to have fan support, along with Kary Vincent, that Port Arthur has.”

Throughout the season, fans nominated their favorite players to the Subway Super Team. Through more than 325,000 votes across Texas, almost 3,000 players were nominated, with Vincent and Barnes making the cut among others.