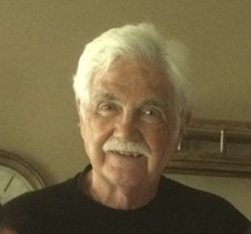 Austin served his country in the U.S. Air Force stationed in Korea.  He retired from Gulf Oil in Port Arthur after 33 years of service and was an active member of the OCAW.

Austin was a caring and giving father, and a steadfast friend. He was a volunteer in the community and was instrumental in building the Groves Activity Center.  His quick wit, dry humor, verbal repartee and puns, will be missed.  Austin was an avid reader, enjoyed the beach, a motorcycle enthusiast – having owned several, loved riding his bicycle, and a devoted Willie Nelson fan.

The family would like to send a special thanks to Pat Langley for her love, care and devotion to Austin during this past year.  They would also like to thank Assisted Living Center of Magnolia, Hospice Plus and VA Home Based Primary Care for their care and compassion.

“Don’t cry because it’s over, smile because it happened.”

Deaths and services for March 9