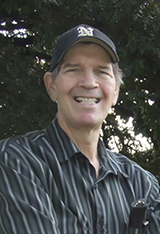 John enjoyed fishing, hunting, and reading. He was an avid Nederland Bulldog Fan and will be remembered as a man who never met a stranger with a keen sense of humor.

Survivors include his wife of thirty-nine years, Connie Soileau; son, John P. Soileau, Jr. of Port Neches; father, Dub Soileau of Nederland; sisters, Lynn Mulhollan and her husband, F.D., of Bridge City and Susan Lemieux and her husband, Ricky, of Groves; and several other relatives and friends. He will especially be missed by his dog, Suzie. John was preceded in death by his mother, Fran Soileau.

A gathering of Mr. Soileau’s family and friends will begin at 5:00 p.m., followed by his funeral service at 7:00 p.m., Thursday, March 9, 2017, at Broussard’s, 505 North 12th Street, Nederland. Cremation arrangements will be under the direction of Broussard’s Crematorium, Beaumont.

Memorial contributions may be made in Mr. Soileau’s memory to help find a cure for Hereditary Hemorrhagic Telangiectasia, at Cure HHT, P.O. Box 329, Monkton, MD 21111.

Complete and updated information may be found at: broussards1889.com