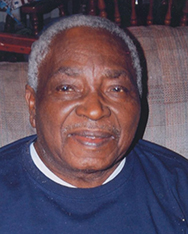 Robert Lee Greer, 78, of Port Arthur passed away Sunday, February 26, 2017 at his home surrounded by family and friends. He was a longtime resident of Port Arthur, Texas and was a retired longshoreman with Maritime Association ILA with 23 years of service.

Funeral service will be 11 a.m. Saturday, March 4, 2017 at First Sixth Street Baptist Church with visitation from 9 a.m. until service time. Burial will follow in Live Oak Cemetery under the direction of Gabriel Funeral Home.