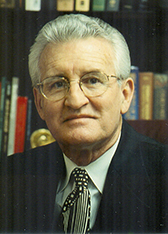 Jim was born December 18, 1935 in Houston, Texas to James Franklin Williams, Sr. and Frances Morris Williams. He was raised in Elgin, Texas and had been a resident of Port Neches for 58 years. He retired from DuPont having worked in the Maintenance Department and was an Ordained Minister. Jim was also a US Army Veteran.

Jim was preceded in death by his sister, Betty Dube and his brother, Jack Williams.