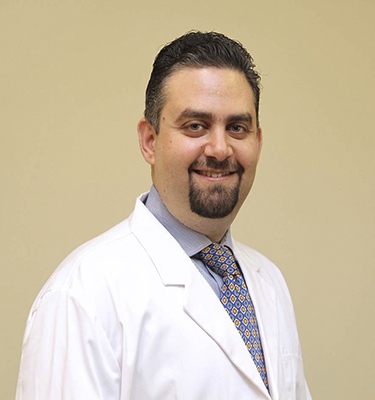 Since we did not get to meet at the Town Hall that we held for you on Feb. 23, allow me to introduce myself. My name is Dr. Ramzi Dakour and I’m part of the Indivisible movement.

You might want to remember that, because neither I nor the movement are going away any time soon. There is an Indivisible group, now, in every single congressional district in the United States, with more than 2.5 million members. I hope that one day, you might agree to have an open dialogue with the ones in your 14th district about all the urgent matters that are affecting our lives.

Let me just add, despite the accusations of some congressmen such as Texas’ own Louie Gohmert that this is a top-down orchestrated movement with paid activists, my paycheck has only come from my own medical practice. Neither I, nor the teachers, oil and gas workers, students, and other working professionals, amongst others in our group care much about getting paid. We care more about the welfare of our families, friends, neighbors, and fellow Americans. I wish you could have been there on Thursday evening to hear their stories about how positively their lives were affected by the Affordable Care Act. Maybe that would have given you further insight into why we care so much that you voted multiple times to repeal or gut the ACA.

There is palpable concern amongst it’s beneficiaries that the ACA is going to be pulled out from under their feet, and leave them and their loved ones without any affordable option to get quality healthcare. This concern is shared by 20,000 of your constituents in the 14th district and 25 million more Americans who are estimated by the Congressional Budget Office to lose their insurance if the ACA is repealed. In my practice, I see patients every day who are receiving care for the first time in years, sometimes decades, because they were able to finally afford insurance through the federal exchanges that were created by the ACA. I am so happy that I have the opportunity to help some of these people, many of whom present with complications such as congestive heart failure and chronic kidney disease, due to having to neglect their health out of economic necessity. Now I wonder how many of them are going to die when their insurance plans get taken away from them and they can’t afford the premiums of the high-risk pools that took their place. How many of those 20,000 in your district? I shudder that we have to think about that. Talk about death panels.

I can go more into why the alternative healthcare plans that some Republicans have proposed are inadequate to meet the needs of just the people who have been able to get insurance through ACA, much less any additional uninsured people, but the Republican-controlled congress has still yet to put forth any detailed legislation dealing with how they plan to replace the ACA. When you hold your next in-person town-hall, which would be your first since August 2015, I guess you can explain to us then what your plans are for healthcare and we can give you our feedback. Can we agree to hold one of those town halls during your next district work period in April?

Rep. Weber, we ask that you understand that the apprehension so many of your constituents have is real. We’re just talking about healthcare now, but there are so many other issues that we are burdened with every day as we wonder what else the Trump-Pence-Bannon-Priebus conglomerate is going to throw at us next. We are here to remind you that your job is to represent all the people in your district, not just the ones who may have voted for you. Please do not ignore our pleas, because we are strong, and we will stand up as one, Indivisible, to make sure that America stays true to the ideals on which it was founded.

Mardi Gras seemed to be about perfect, near as I could tell. The weather was great, the floats were attractive... read more