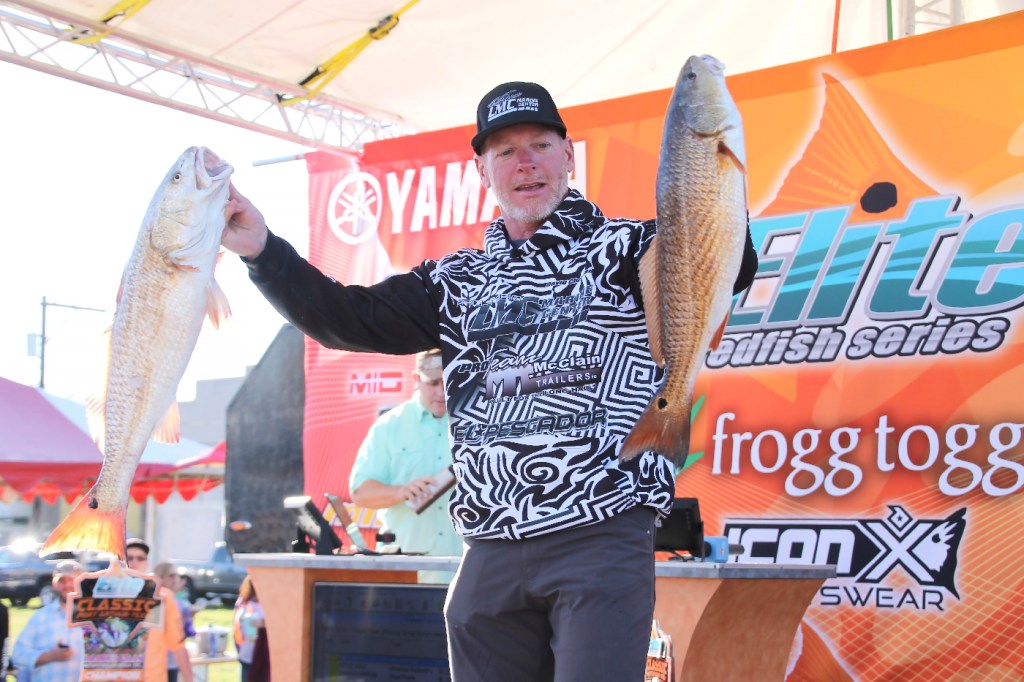 David Christian holds his two redfish after weighing them Saturday at the Mardi Gras of Southeast Texas. (I.C. Murrell/The News)

One fisher will leave Port Arthur with a $75,000 prize package following today’s final weigh-in at the Elite Redfish Classic Kickoff.

So far, Mark Robinson is in the hot seat.

He barely overtook Shane DuBose for the lead in the qualifiers-only fishing tournament with 41.15 total pounds over two days. DuBose weighed in his two big redfish earlier Saturday and was in front with 40.26 until Robinson stepped to the podium.

Given the conditions on Sabine Lake, DuBose had a solid day finding redfish.

“The water was tough,” he said. “It was higher than it was [Friday]. The northern wind blew it out, and the water was dirtier.”

Mike Frenette led after the first day with more than 25 pounds, but was not registered for the Big Bag honor.

The final weigh-in will take place at 4 p.m. today on the 800 block of Procter Street as part of Mardi Gras Southeast Texas.