Better fortune ahead at home for LU? 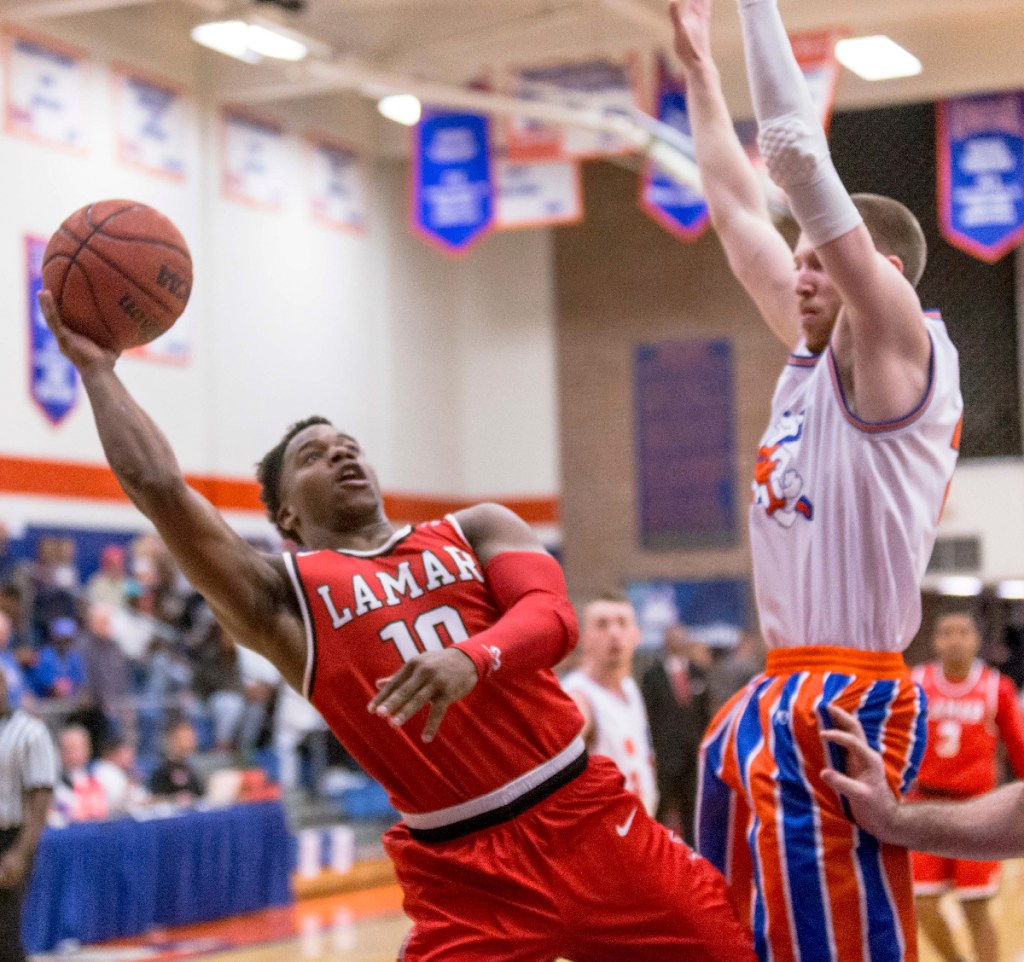 The victory put an end to a minor three-game slide as the Cardinals return home for two looking to lock up a spot in the Southland Conference Championship tournament as well as climb the ladder in the standings. LU’s next rung in that ladder will go through Houston Baptist today.

The Cardinals (16-12, 8-7 SLC) enter the week sixth in the conference standings just a game back of the Huskies (14-12, 9-6), and only a half game up on seventh place Southeastern Louisiana. Although the Cardinals have yet to officially earn a spot in the Southland Conference Championships, they still have an outside shot to climb into a tie for second. For that to happen, the Cardinals have to get by a very tough Houston Baptist squad who comes to Beaumont as one of the league’s hottest teams.

After being three games under .500 in conference play just three weeks ago, the Huskies have caught fire winning six straight and seven of the last eight. That win streak includes a seven-point victory over the Cardinals in Houston earlier this month that saw the Cardinals rally from a 20-point second half deficit to make things interesting late.

The Huskies are coming off a two-point victory at McNeese State on Thursday evening to keep that win streak alive. HBU trailed by 20 points in the second half before rallying to keep the streak intact. Both the Cardinals and HBU enter the Saturday afternoon contest needing one more win (or a Nicholls loss) to officially lock up a spot in the conference championship tournament.

The Cardinals own the all-time series against HBU holding a 9-6 (.667) record, but the Cardinals have lost the last two in the series – including a setback in Houston earlier this season. The Cardinals have dominated the series in Beaumont, holding a 9-2 (.818) record against Houston Baptist. In addition to that, the Cardinals have been very tough on their home floor this season posting an 11-2 (.846) record, while HBU is 3-11 (.214) on the road in 2016-17. The positive for HBU in that stat is that all three of those wins have come in conference play (Sam Houston State, Northwestern State and McNeese).

One area the Cardinals will have to get fixed heading into the rematch will be on the boards. In the first meeting, the Cardinals were outrebounded by 14 and held to only 22 rebounds on the night (only five offensive boards). It remains LU’s worst rebounding performance of the season.

Each of the final three games take on more importance for the Cardinals as they look to lock up their first Southland Conference tournament berth since the 2011-12 season when LU won it all. Tickets for the SLC tournament are currently on sale through the LU Ticket Office. Fans can purchase either first-round tickets or tournament books by calling the ticket office at 880-1715, or by logging onto www.LamarCardinals.com.