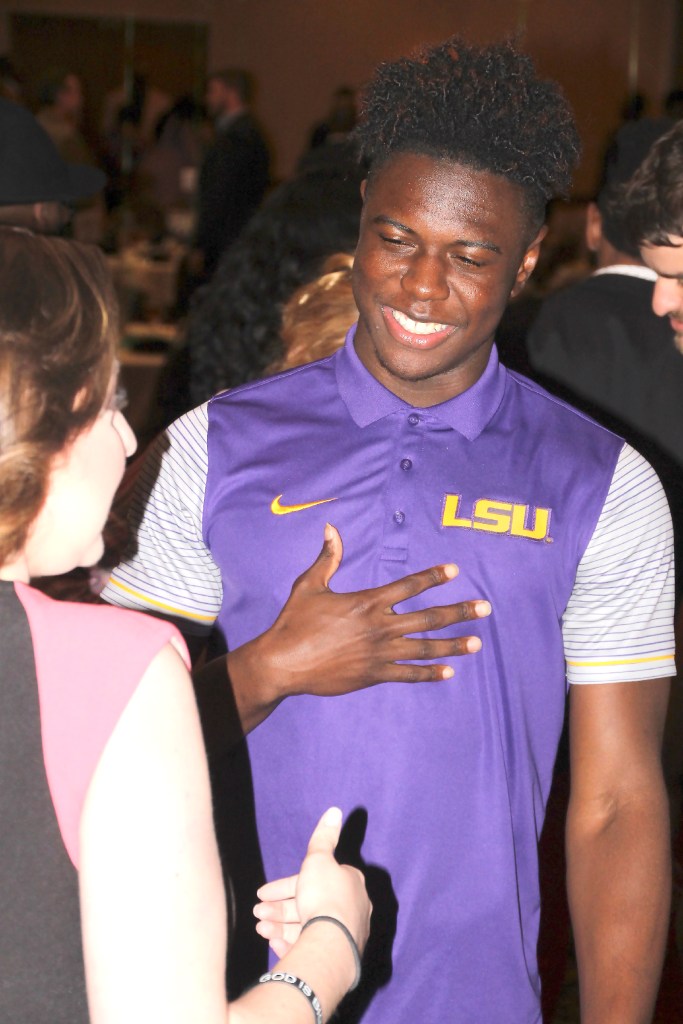 “I didn’t remember I had the ceremony until this morning,” he said Wednesday evening. “It was a lot going on with track season. I had a workout [Tuesday] night.”

Dressed in an LSU polo with striped sleeves, Port Arthur Memorial’s standout cornerback and reigning 200-meter state champion added another award to his high school football career when he was named the WRS Award as the top defender in Southeast Texas.

“Very shocked,” Vincent said. “There were great student-athletes I was nominated for this award with. It’s a humbling and big blessing, and I couldn’t be more appreciative.”

Vincent became the fourth Memorial player to win a WRS award, named after the late Orange Wallace and Beaumont Charlton-Pollard coach, and the fifth from the Port Arthur ISD since the awards’ inception in 1992. But he made history by becoming the first defender out of Memorial, which was established in 2002, to win it.

Vincent said “it’s a blessing” to possibly start a trend. He also bucked one as the past two defensive WRS awardees came from West Orange-Stark, Deionte Thompson and Steven Tims.

The award is extra special for Kary Vincent Sr., who coached his son at his position.

“To coach my son and to coach him to winning an award of this caliber is great for us,” he said.

Silsbee running back Calvin Tyler, who transferred before this past season from Ozen, was named the offensive winner. He had on a coat and tie for the occasion, but also donned an Oregon State Beavers ballcap.

Vincent Jr. said he and Tyler did not plan to represent their future schools.

“Calvin and I are great friends,” Vincent said. “The journeys we have ahead of us are great.”

Vincent Jr. was ranked as the second-best cornerback nationally by ESPN in the signing class of 2017 and 23rd-best player overall when he signed a letter of intent with the Tigers on Feb. 1. That followed up an eight-interception season that saw him win The News’ Defensive Player of the Year award.

Now, Vincent and Tyler can add to their collegiate bios.

“It could have gone either way, and I’m blessed to say I won a Willie Ray Smith award,” Vincent said.

BOB WEST ON GOLF — Southeast Texans have made mark in PGA Championship.