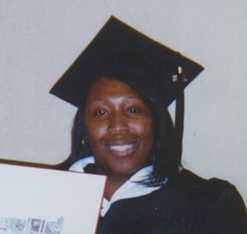 Elon Coleman, 47, of Port Arthur, Texas passed away Monday, February 13, 2017 with her family by her side. A native of Hartford, Connecticut, Elon grew up in Beaumont Texas and graduated from West Brook High School. She received her Bachelor’s Degree from Lamar University and was employed as a Counselor with the Bannum Facility. She also was a teacher in the Port Arthur School District.

Funeral service will be 9 a.m. Saturday, February 25, 2017 at St. James Catholic Church with visitation from 8 a.m. until service time. Burial will follow in Live Oak Cemetery under the direction of Gabriel Funeral Home.