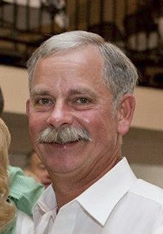 Bryan was born October 30, 1958 in Port Arthur, Texas to Richard E. Gibson and Carolyn Cole Gibson. He was a lifelong resident of Groves and a member of the Baptist faith.

He was employed at Valero as a head process operator with 37 years of service.

Funeral services will be at 2:00 p.m., Sunday, February 26, 2017 at Levingston Funeral Home in Groves. Burial will follow at Greenlawn Memorial Park.

A visitation for family and friends will be held on Saturday evening from 5:00 p.m.-7:00 p.m. at the funeral home.