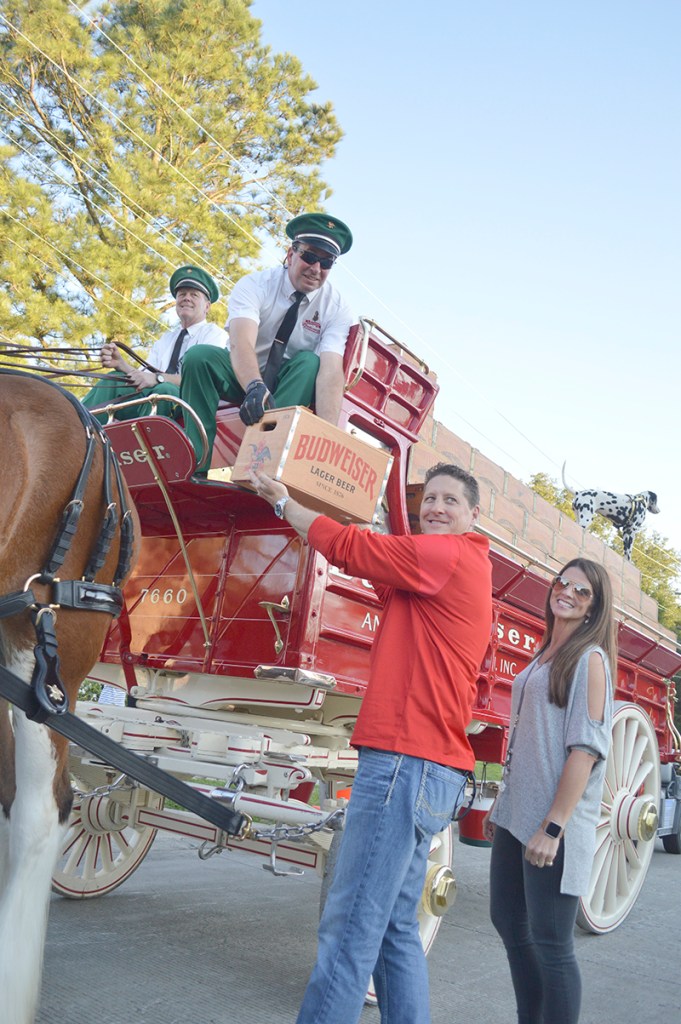 Eric Sullivan and his wife, Echo, receive their cases of free Budweiser.

Eric Sullivan got a coupe of cases of beer Wednesday evening.
He also got a moment of celebrity, as eight Budweiser Clydesdales delivered the beer to his home in Port Neches.
Sullivan was a random winner in a text-to-win contest and win provided something for everyone. For the adults, beer. For his kids, horses.
“They were pumped to have the horses come to the house,” Sullivan said.
The horses are in town for Mardi Gras and Andy Bogan, a Budweiser spokesperson, said they will march in every parade.
“We want to make sure everyone comes out and sees them,” Bogan said.
Dozens of people already have. In addition to the crowd that had gathered in Sullivan’s front lawn, dozens more people lines Nall Street as the horse-drawn wagon made its way from the Market Basket store to Sullivan’s home. The cool, crisp late winter air and the clear skies were perfect for sitting outside, and the forecast predicts more of the same for Mardi Gras weekend. Bogan said he hopes people take advantage of it.
“You can’t beat the weather,” he said. “The weather’s going to be perfect.”

Meetings and survey to get residents’ vision for city