What fourth seed? Battle-tested Nederland not fazed going into playoffs 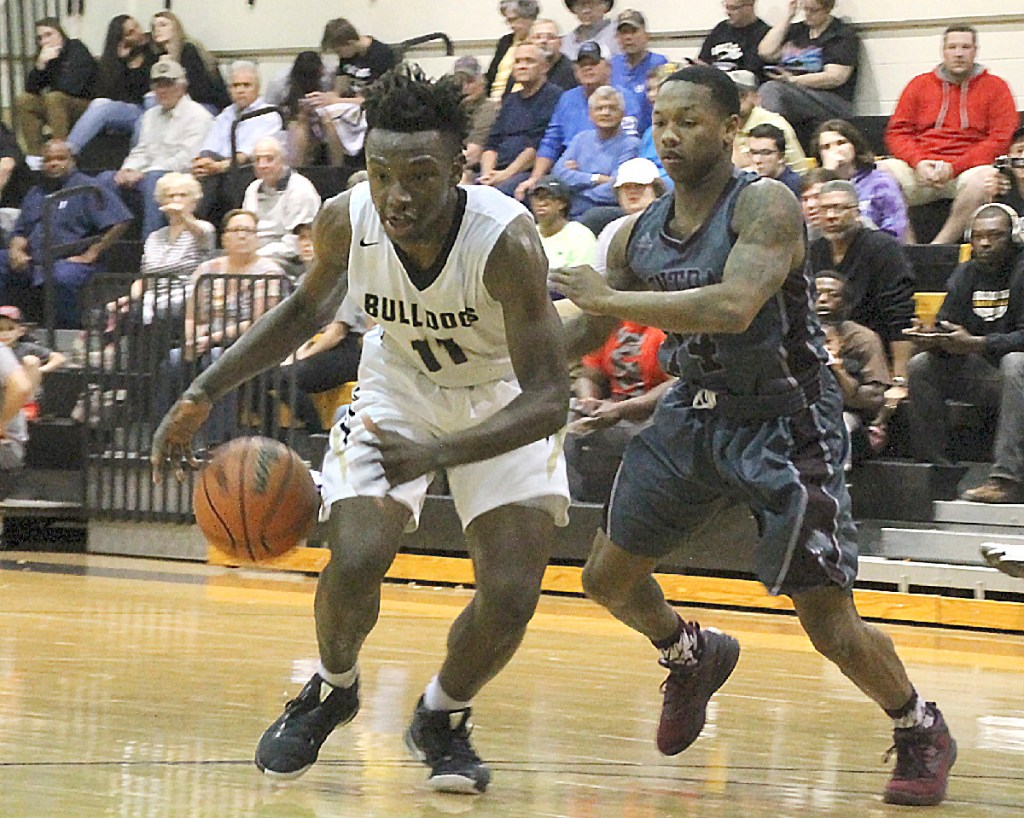 NEDERLAND — On paper, Nederland is not supposed to win Tuesday’s 5A bi-district playoff game against Humble.

“We’re seeded at the four, but we don’t feel like no fourth seed,” senior center Kevin Howard said. “I think we’re in a stronger district than Humble. I think it lets us play free because we’re not supposed to win the game, so I think we should be able to go out there, be loose and have some fun.”

The Bulldogs’ mission at Goose Creek Memorial High on Tuesday is simple: Win (and have fun in the process) or go home.

Thirty minutes later across Baytown, District 22-5A’s top seed, Port Arthur Memorial, and Dayton will duke it out at Lee College. That game will follow Bridge City vs. Shepherd in a 4A first-rounder that starts at 6.

Humble is 27-6 and won District 21-5A with a 17-1 record. Nederland coach Brian English said the Wildcats like to shoot from the outside and has good guard play.

“We have to make sure we block out,” English said. “They’re not going to beat themselves. You have to go out and beat them.”

The effort, Howard said, will have to start on defense, which will lead to their offense.

“The advantages we have is keeping them on their toes,” Jones said. “Defenses will always win games. If we hit shots, we’ll be all right.”

Jones, a 6-foot-1 ball-handler and slasher who’s spent much time as a power forward, has stepped up his offensive game in recent games. He’s had 20 or more points in three of his past five outings, including 27 points in last Tuesday’s regular season finale against Vidor.

“If you make a shot or two, that gets you going,” English said. “Lately, he’s been able to make his first couple of shots. He knows the window his closing, so he’s playing with a little more urgency.”

Howard has noticed the way Jones has taken over in big games. Following a 24-point effort against Port Neches-Groves, Jones netted 26 in a home win over Ozen, the Bulldogs’ first victory over a Beaumont ISD win since 2014.

“He’s definitely taken it to a different level the last couple of games,” Howard said. “Hopefully he can bring it up tomorrow for sure.”

Nederland will play its bi-district game at GCM for the second year in a row. A year ago, Kingwood Park pulled out a 44-41 victory there after Nederland led by nine late in the third period.

“Actually, I think we played a better team for sure,” Howard said. “We didn’t play very well, I know that for sure. I don’t think it’s in the back of my head that, oh, we have to win a game over there because the year before last, we won a game over there.”