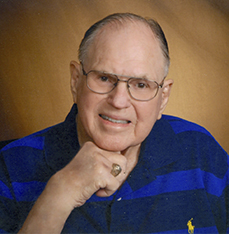 Ed retired as Superintendent, HDR with Texaco Chemical Company and retired from the Texas National Guard and Reserves as a Full Bird Colonel. He was a member of St. Elizabeth Catholic Community in Port Neches where he served as Mass Captain at the 8:00 a.m. Mass for several years. He was also a member of the Port Neches Knights of Columbus Counsel 2461, where he served on several committees.