A traffic stop led to the recovery of approximately 18 pounds of hydroponic marijuana and the arrest of two people on Thursday. Courtesy photo

A Port Arthur man and Richmond woman are charged with third degree felony possession of marijuana after they were reportedly found with 18 pounds of hydroponic marijuana.

Jefferson County Sheriff Office deputies participated in a joint checkpoint operation with Beaumont Police Department, Drug Enforcement Administration, the bureau of Alcohol Tobacco Firearms ad Explosives and FBI at about 7:15 p.m. Thursday on Interstate 10 near FM 365, according to a press release from the sheriff’s office.

After observing numerous traffic violations, a Jefferson County Narcotics agent initiated a traffic stop on a 2009 BMW SUV in the 19000 block of FM 365. After stopping the vehicle and while the deputy was speaking to the two occupants, a BPD K-9 immediately indicated that illegal narcotics were inside the vehicle.

A search of the BMW resulted in the recovery of approximately 18 pounds of suspected hydroponic marijuana. It was vacuum-sealed and located in a set of luggage in the back seat of the vehicle.  The street value is approximately $36,000. 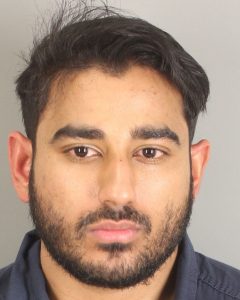 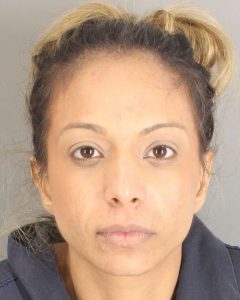 Osama Fayyaz, 27, of Port Arthur, and Naureen Gheewalla, 25, of Richmond, were arrested and booked into the Jefferson County Correctional Facility for third degree felony possession of marijuana.

Today is the last day to file for May…