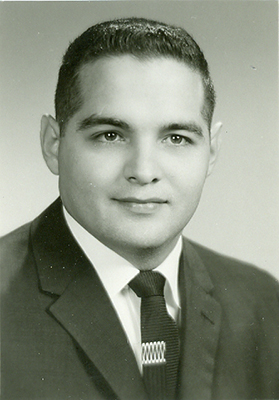 He was a retired Safety Supervisor with 36 years of service with Texaco Chemical in Port Neches.

Robert served his country for 6 years in the Army National Guard; he was a 32nd degree Mason and served many years as a Shriner. He was a 1955 graduate of Thomas Jefferson High School, he attended Lamar University and was a graduate of Stephen F. Austin University in Nacogdoches.

Robert is survived by his loving wife, Shirley Ramey of Port Neches; his son, Robert B. Ramey and wife Theresa of Nederland; his grandson, Caleb N. Ramey of Nederland; sister-in-law, Elaine Picou and husband Gabriel; and numerous loving nieces, nephews and cousins.

Robert is preceded in death by his parents, Mr. and Mrs. G.W. Ramey.

A gathering of family and friends will be on the evening of Thursday, February 16, 2017 at Melancon’s Funeral Home is Nederland from 5:00 p.m. until 7:00 p.m.  A funeral service to celebrate Robert’s life will be held at 10:00 a.m. on Friday, February 17, 2017 at the funeral home. Entombment will follow at Oak Bluff Memorial Park in Port Neches.