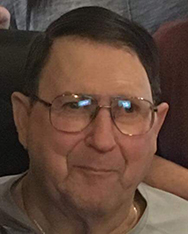 George Nolan Thomas, 67, a native of Port Arthur, Texas passed away Sunday, February 12, 2017 at the Medical Center of Southeast Texas.

He was a resident of Port Neches for 19 years and was a member of the First United Methodist Church of Groves. George retired from Star Enterprise after 25 years of service as a first class carpenter.

Funeral services will be at 10:00 a.m., Wednesday, February 15, 2017 at Levingston Funeral Home in Groves with Reverend Marty Boddie officiating. Burial will follow at Greenlawn Memorial Park.

A visitation for family and friends will be held on Tuesday evening from5:00 p.m.-8:00 p.m. at the funeral home.