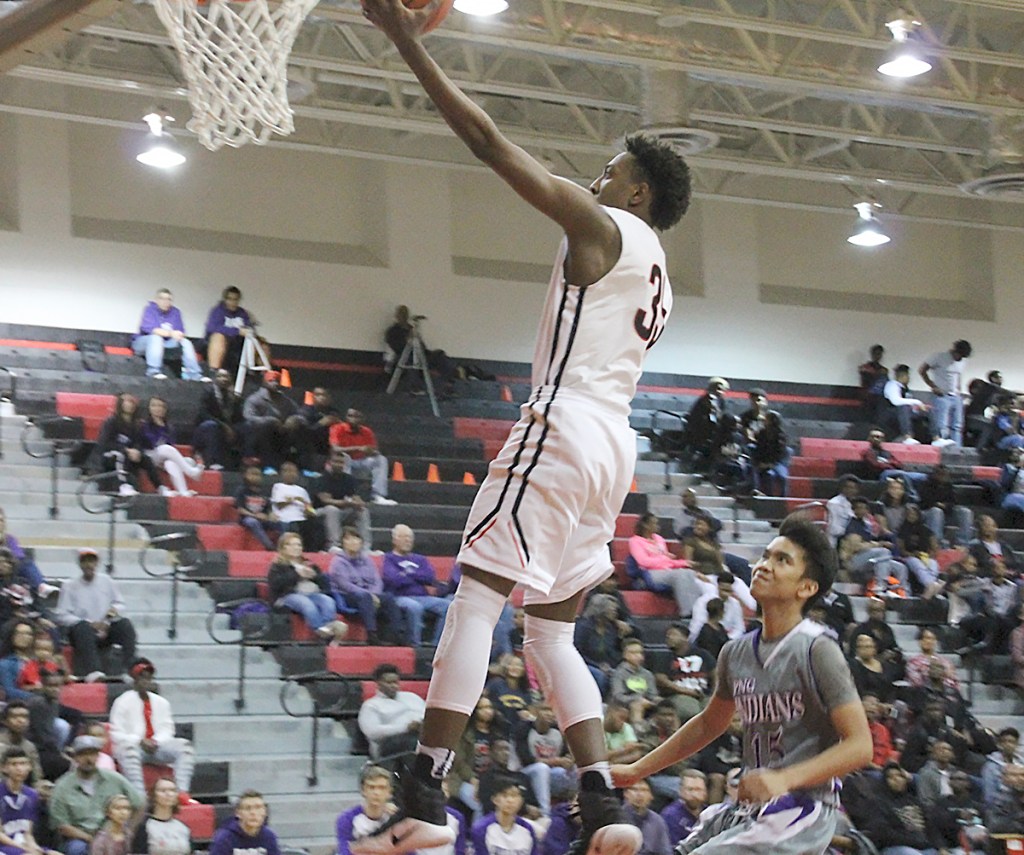 Port Arthur Memorial is currently in a battle for first place with Central in District 22-5A. After a one-point victory in their last game versus Nederland, the Titans won easy at home.

A slow start at the beginning of the first quarter, the Titans soon got it together and dominated the game against Port Neches-Groves 72-29 Friday night at Memorial High School. This win extends the Titans’ winning streak to 11 with one game remaining.

Junior forward Thailan Westley led all scorers with 14 points and junior guard Michael Ford was right behind him with 13.

“The slow start was caused by people not focusing and taking this team for granted,” Ford said. “In the second quarter coach [Kenneth Coleman] just kept talking to us as he was subbing us and told us to get focused, and these are the steps that we are going to take to playoffs. And this team is going to help us get better.”

Memorial and Central split the season series, each coming away with a win.

Coleman said of his Titans: “They are really looking forward to the playoffs, and the good thing about being in this district is that, it gets us prepared for the playoffs.”

Memorial’s next game is at Livingston on Tuesday.