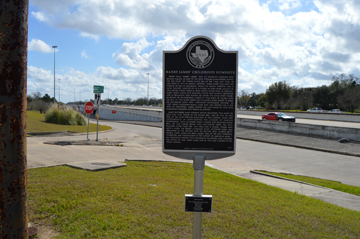 Musician Harry James grew up in Beaumont and he became nationally famous but he also had a connection to Port Arthur.

Though musician Harry James grew up in Beaumont, he does have a connection with Port Arthur.

Monroe said James was a huge star in the 1940s and the early 1950s in movies and television in addition to the music world.

He discovered Frank Sinatra who sang with his band.

His fame, however, would not transcend generations from the “Big Band” era to Rock ‘n’ Roll.

His first wife was from Arlington and his son is an attorney in Nacogdoches.

Locally, James played The Harvest Club in Beaumont and on Pleasure Island where Monroe heard him play.

“He had a unique trumpet style,” Monroe said.

The text to the 2012 Texas historical marker at MLK Parkway and Neches Street in Beaumont reads as follows:

Henry Haag “Harry” James was an American musician who became famous as one of the most popular bandleaders during the “Big Band” or “Swing Band” era of the 1930s and 1940s.

He was born in 1916 in Albany, Georgia. When Harry was 8 his parents settled in Beaumont, where his father, Everette, was a music teacher.

Everetee set up a studio in their home located at 2095 Neches St. which is now Martin Luther King, Jr. Parkway.

He began his professional career in 1934 when he toured with Joe Gill. In 1935 James joined Ben Pollack’s Band where he made his recording debut with “Spreading Knowledge Around.”

In 1937, Benny Goodman heard James play and offered him a job with his orchestra. James started his own band in 1940 with Goodman’s blessing and financial support.

James recorded many popular songs including “You Made Me Love You” and “Flight of the Bumble Bee,” and by 1942 he was one of the most popular musicians in the country.

James was instrumental in jumpstarting the careers of famous entertainers, such as singer Frank Sinatra and drummer Buddy Rich.

His film career began with “Holly Hotel,” but also include other films like “Two Girls and a Sailor,” “Young Man With a Horn,” “The Benny Goodman Story,” “Anything Goes,” and “Springtime in the Rockies” with his second wife, actress Betty Grable.

Harry James has been called “one of the most essential trumpeters and bandleaders in the history of American music.” His innovative playing style influenced trumpeters and changed the sound of jazz.

Harry James died in 1983 and is buried in Las Vegas, Nevada.