Cards scratch Bearkats out of first place in Southland 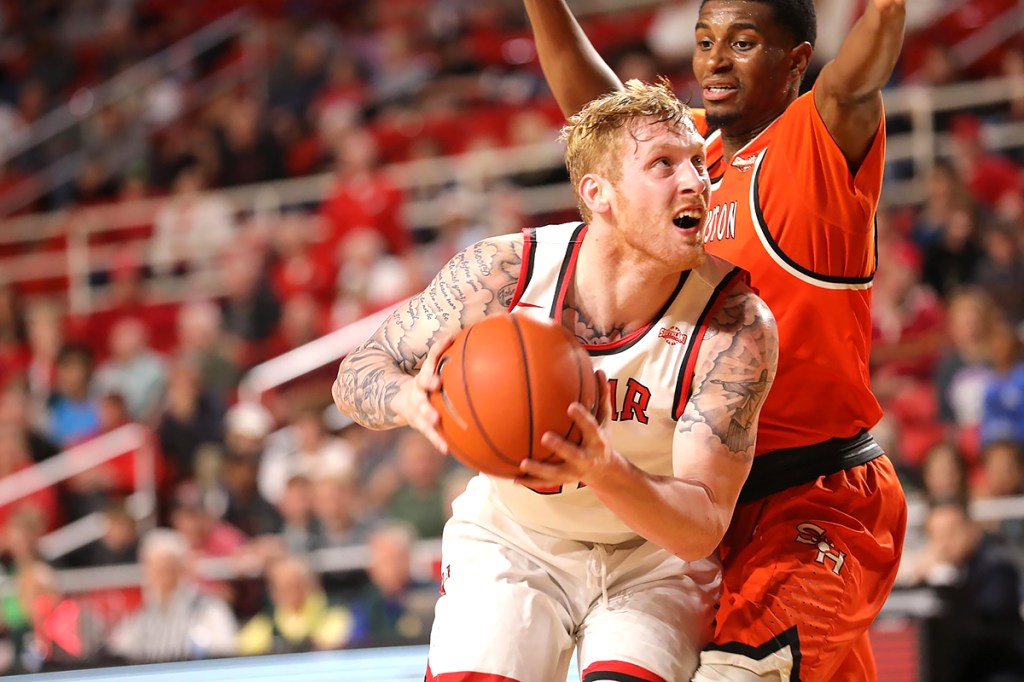 Colton Weisbrod of Lamar, from Nederland, powers up for a shot against Sam Houston State on Thursday. (Jeff Kellum/Lamar sports information)

BEAUMONT (AP) — Colton Weisbrod scored 16 points and Joey Frenchwood added 14, including a go-ahead three-pointer in overtime, and Lamar knocked Sam Houston State out of first place in the Southland Conference with an 80-76 victory on Thursday night.

Frenchwood hit a straightaway three-pointer with 2:14 left in overtime for a 77-75 lead. The Cardinals then made only 3 of 6 free throws but the Bearkats missed their final five field-goal attempts.

Coming out of a timeout in regulation, Sam Houston’s John Dewey drove to the basket off an inbounds play to tie it at 69-all with three seconds left.

Dakarai Henderson and Chris Galbreath Jr. had 12 points each to lead the Bearkats.

The Bearkats (17-8, 8-4) lost their second straight after having won eight in a row to drop into a second-place tie with Stephen F. Austin behind New Orleans (9-3). Lamar (15-9, 7-4) is alone in third after snapping a nine-game losing streak to the Bearkats.