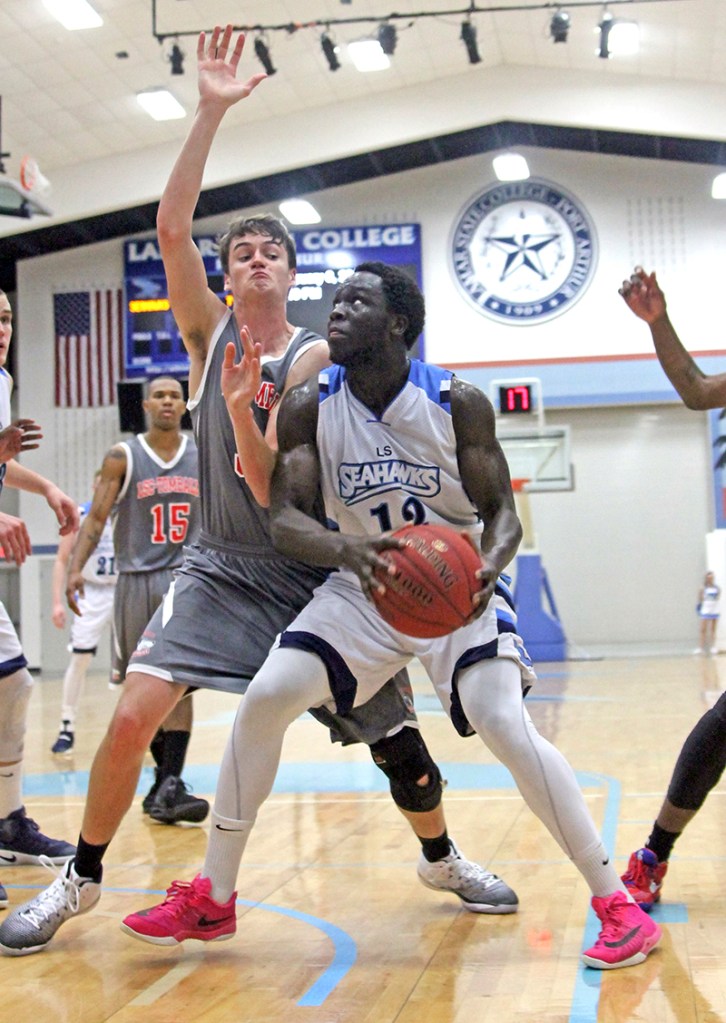 Lamar State College Port Arthur rolled to a 101-48 non-conference win over Lone Star College-Tomball on Wednesday night, roaring to an overwhelming 20-3 lead to start the game.

The Seahawks, now 14-9 for the year, sprinted out to a huge double-digit lead over the first 10 minutes of the game behind the hot hand of freshman guard John Comeaux. The Ozen graduate scored 27 points in the first half, finishing with 31 in the game, as Tomball struggled to find an answer to LSCPA’s dominance.

“I could tell in shoot-around before the game that we were focused tonight,” Seahawks head coach Lance Madison said. “Offensively, we had good flow all night and we shared the basketball well. We were excellent from the three-point line tonight.”

The Seahawks were nearly 70 percent from beyond the arc in the first half and finished 64 percent, led by Comeaux, who hit 5 of 7, and sophomore Chase Rutledge, who was 5 of 5 from deep.

“When Chase gets his feet set, he’s a very good shooter,” Madison said. “It was nice to see him have a good night. And John played another fine game for us.”

The Seahawks return to conference play this Saturday when they host the Jacksonville Jaguars at 4 p.m. at the Carl Parker Center. This game opens the second half of the NJCAA Region 14 South Zone play and also represents the Hawks’ homecoming celebration.

In the first meeting between the two teams, LSCPA traveled to Jacksonville, where the Jaguars escaped with an 87-85 win.