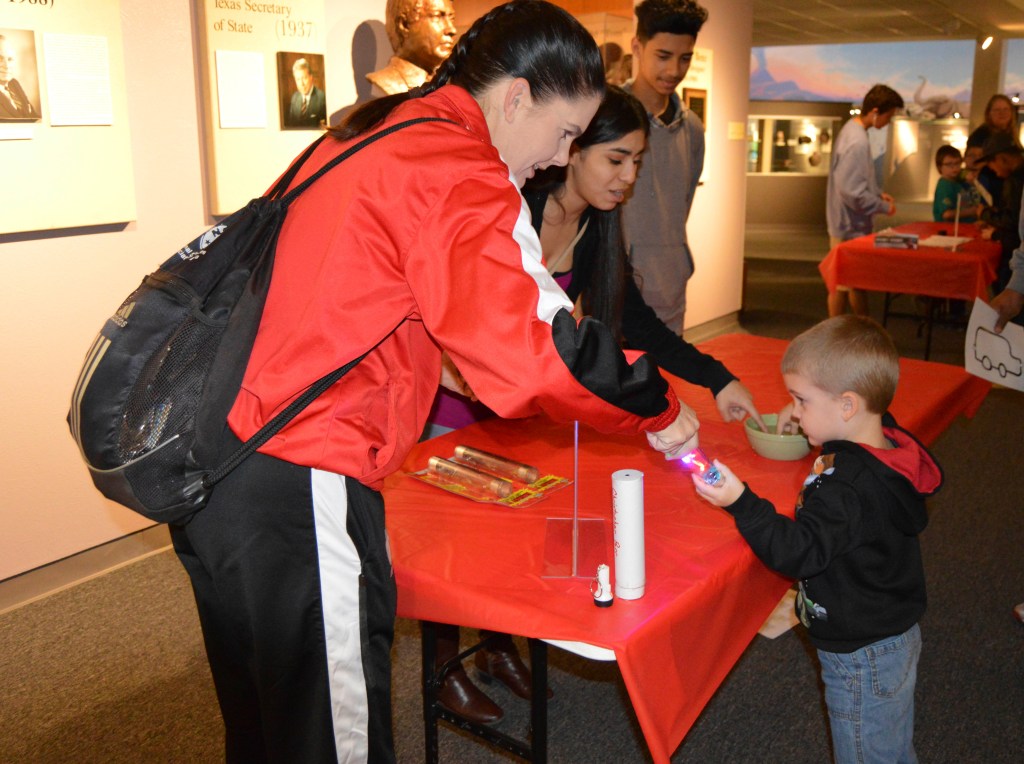 Michelle Parr, left and her son Christopher Parr, 3, ‘make a connection’ with Mindy Escobedo while holding an energy stick at the Museum of the Gulf Coast during Family Fun Day — Electricity on Saturday. Mary Meaux/The News

Christopher Parr may be just 3 years old, but he’s already learning about electricity thanks to a special exhibit at the Museum of the Gulf Coast.

Parr and his mom, Michelle Parr, each held on to an end of an energy stick using their bodies to conduct electricity. Soon others joined in on the experiment. Museum Teen Troupe member Mindy Escobedo explained that we all conductors of energy. One the link was broke, the energy stick stopped lighting up.

“We’ve been here a couple of times before. This is great,” Michelle Parr said as her son looked toward the elevators and more adventures.

Kylie Shannon, 6, took at turn at the energy stick experiment with mom Melanie Gonzales nearby. Gonzales said they were having fun and really enjoyed the exhibits during Family Fun Day at the museum.

Shannon Harren, education coordinator, said there are a number of items on loan from Franklin Institute of Philadelphia in the gallery area. Visitors can get hands-on experience while learning about different types of electricity including static electricity, current electricity, electromagnetism and more.

Some of the exhibits include an early wireless apparatus, spark transmitter, a magnetic stirrer and a simple type of transformer.

Elsewhere in the museum kids had a chance to make their own kaleidoscope and work with a graphite circuit. 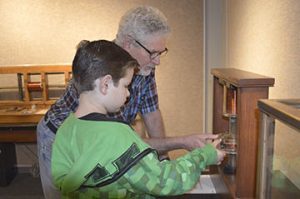 Ryder Lanclos, 7, and his dad Ricky Lanclos test out a transformer that creates electricity at the Museum of the Gulf Coast during Family Fun Day — Electricity on Saturday. The exhibit is on loan from the Franklin Institute in Philadelphia.
Mary Meaux/The News

Ricky Lanclos brought along his son, Ryder, 7, to check out the exhibits.

“He’s a Scout and loves all things science,” Ricky Lanclos said. “We missed visiting the exhibit while in Philadelphia at the Franklin Institute but are able to see it here.” 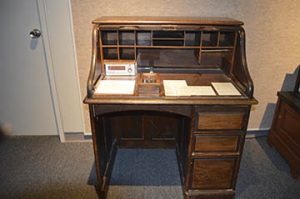 Visitors to the Museum of the Gulf Coast can try their hand at Morse Code.
Mary Meaux/The News

The exhibit, called Electricity will run until April 29 and consists of pieces on loan from the Franklin Institute and 16 hands-on electrical experiments for children and adults.