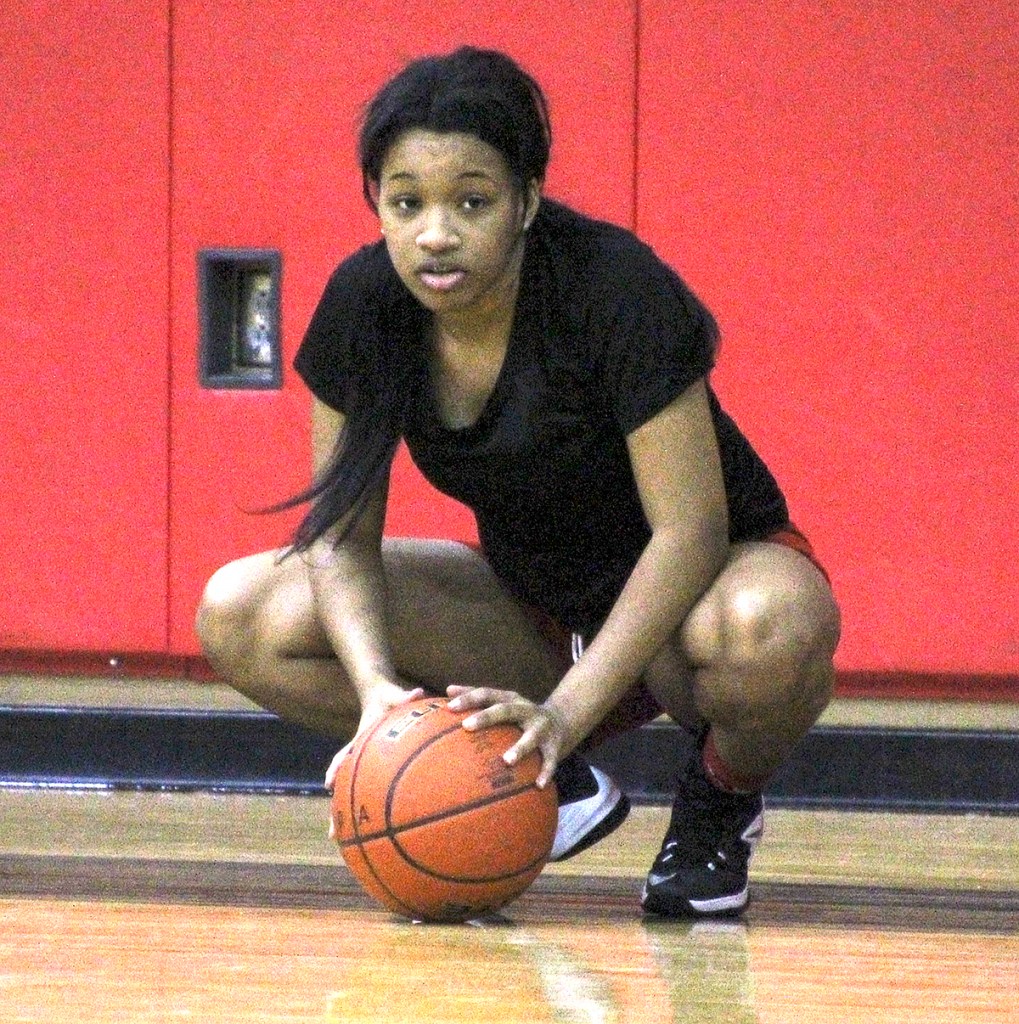 Twelve days before Christmas, Port Arthur Memorial’s boys basketball team could be found spreading cheer and playing Bingo with the Gulf Coast Assisted Living Home, just across the street from the high school.

Another basketball player, Richlyn Williams, saw a perfect opportunity for her yearbook class.

In one photo, Memorial guard Bishop James gave a resident a gift with a wide smile. Another photo captured a warm moment with the same resident, viewed from behind, conversing with two more joyful Titans.

“That, to me, shows that is a story. That is the photojournalism part of it.”

It’s that same creativity and artistry Williams uses as a photo student that’s helped her improve as a basketball player this season.

“The creativity all comes into one, when you think about it,” Williams said. “Having an eye for pictures is like having an eye for the game. You’ve got to notice certain things.”

Williams is a senior and a second-year yearbook student. She photographs JV girls games and takes care of varsity girls information for the annual.

Thibodeaux noticed something when she saw Williams’ shots from the assisted living home.

“She paid attention in class,” she said. “That’s the first thing. You have to capture her attention. She’s got a lot going in her mind. When I saw she paid attention, ‘I thought, man that’s pretty good.’ I don’t get to utilize her a lot because she’s into basketball.”

One of her photos ran in a Dec. 17 edition of The News. A mini-gallery of her work from the assisted living center was posted along with the story online.

“Taking pictures, it’s like you capture the moment,” she said.

On the basketball court, Williams uses that same watchful eye to create plays for her teammates as a point guard. She also knows when to take a good shot for herself, as she does for the yearbook.

“Probably, in the last two games, she’s gone from two points per game to six or seven points per game,” Memorial coach Kevin Henry said. “That’s just looking to shoot when she has the open shot, and she’s been having some success with it.”

Tonight, a long season for Williams and the Titans (5-23, 4-9 in 22-5A) is coming to a close at Nederland. Memorial struggled all season after years of being a district title contender in Class 6A, as the Titans were asked to take on expanded roles from past seasons, Henry explained.

“Injuries played a big key, also,” he added. “That’s something you don’t always play into the equation.”

Williams knows about injury all too well.

She played only five games as a junior, as a concussion ended her season prematurely. She battled migraines and other symptoms during a long road to recovery.

Naturally, getting to play a full senior season was of utmost importance to her.

“To have my coach to depend on somebody and depend on the team as one to work together,” Williams said, explaining why she stepped up her game.

Williams has her eyes set on a different field of study for college. She plans on majoring in nursing at either Texas Southern or Prairie View A&M.

But, even with her basketball career coming to a close, Williams said she isn’t ruling out continuing to take great shots off the court.