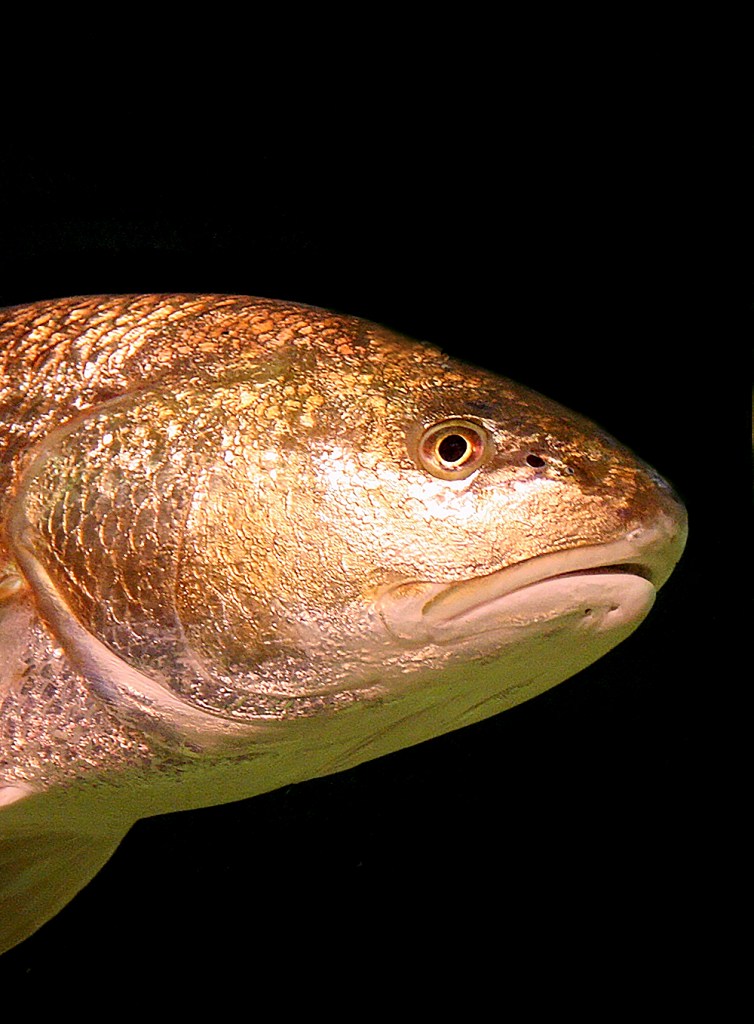 Sabine Lake’s redfish population is booming. They are one of several species that attract anglers from throughout Texas to fish here. (Chester Moore Jr./Special to The News)

Sabine Lake is the smallest of the major bay systems in Texas.

At 14 miles long and seven miles wide, it borders Orange and Jefferson counties as well as Cameron Parish in Louisiana. Both Texas and Louisiana have jurisdiction over this bay system, although most of the fishing pressure comes from the Texas side.

The reason for those huge freshwater fish being caught in the system is due to the fact Sabine Lake is fed by both the Sabine and Neches Rivers, two major systems and has a large amount of freshwater flow during spring and early summer.

According to the Texas State Historical Association the area around the salty lake has been inhabited by man for more than 1,500 years.

In the past tarpon were an important catch in the lake and there are several historical photos of tarpon tournament weigh-ins on Pleasure Island in the mid 1900s.

Many out of town readers have contacted me since Sabine Lake started getting heavy media attention in the mid 1990s to ask about the dangers of navigating the system. There are tales of shallow oyster reefs in the middle of the lake that destroy boat hulls and props.

That is of course untrue. The only major reef on the lake is on the south end and that reef happens to be the largest virgin (not harvested) oyster reef in Texas and one of the few on the Gulf Coast. That reef is an ecological treasure and is heavily studied by Texas Parks & Wildlife Department officials who want to learn about not only what a healthy oyster reef looks like but how it impacts the entire ecosystem.

My favorite part of the greater Sabine Lake ecosystem is the marshes along the Louisiana shoreline. The winding canals that feed the rich estuary into the lake itself provide some of the best flounder and redfish action in the country. I have spent many mornings watching the sunrise over the marsh and sat in wonder at what an incredible I am blessed to live in.

Having fished all along the Gulf Coast of Texas, it is one of the few areas other than Lower Laguna Madre where one can find true solitude. Hit those marshes on a Tuesday morning in the middle of February and you probably will see no one else out there.

From a wildlife perspective the surrounding marsh is sanctuary to many species.

The gorgeous roseate spoonbill along with abundant ospreys and more frequent bald eagle sightings along with dozens of shorebird and songbird species make any trip into the area a blessing for birders.

The northern shores of Sabine Lake, right in the Hickory Cove area, provided some of the last sanctuary to pure red wolves. In the late 1970s U.S. Fish and Wildlife Service officials trapped remaining red wolves from that area to create what is now the captive breeding program. They only found 14 of what they considered 100 percent red wolves (they had hybridized with coyotes), and some of those were from just off the shores of Sabine Lake in Orange County.

Sabine Lake and its surrounding water is where most local saltwater anglers fish and it is easy to take it for granted. We should, however, all appreciate having access to such an amazing ecosystem that has a rich biological and angling history.

To contact Chester Moore, e-mail him at chester@kingdomzoo.com. You can hear him on “Moore Outdoors” Fridays from 6-7 p.m. on Newstalk AM 560 KLVI.