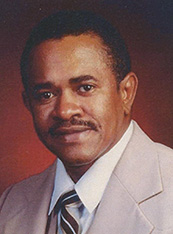 Jules Taylor, Jr. was born January 28, 1946 in Cankton, Louisiana, to Jules Taylor Sr. and Mary Edna Etienne Taylor.  He was the youngest son of this union.  Jules came to Christ at an early age at Sacred Heart Catholic Church.  He transferred his membership to St. John Catholic Church where he served as a Knight of St. Peter Claver for over 25 years.  Jules Taylor Jr. later joined the Mt. Calvary Baptist Church and served faithfully until moving to Killeen, Texas to be with his daughter in 2004.  He was a member of St. Joseph Catholic Church in Killeen, Texas.