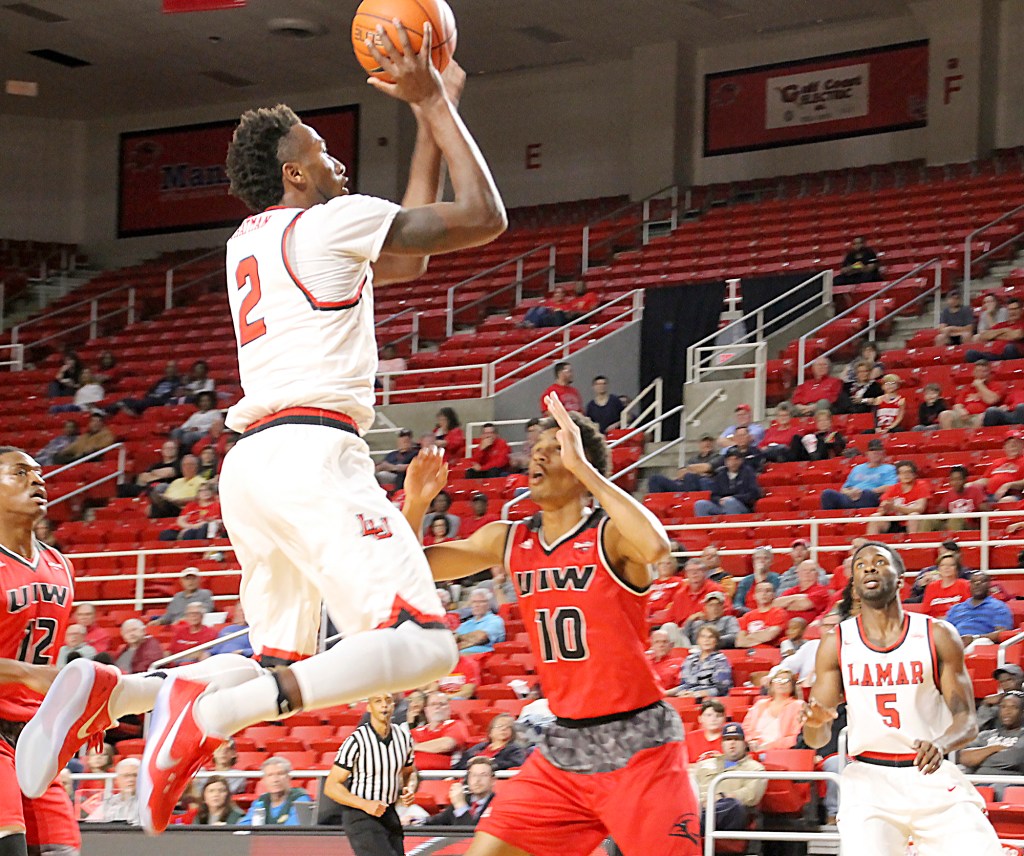 BEAUMONT — After three straight games on the road, the Lamar men’s basketball team now returns home for a season-long four-game home stand beginning today against Texas A&M-Corpus Christi. Approaching the midway point of the conference race, the Cardinals (12-8, 4-3 Southland) are in the midst of a logjam in the league standings.

As conference teams prepare for their eighth (and in some cases ninth) game of the Southland schedule, the current home stand could mean the difference in the season. Big Red is currently in a two-way tie for fourth with defending champion Stephen F. Austin, an opponent LU faces next month in Nacogdoches. The Cardinals are also one of eight teams within two games of each other in the league chase.

New Orleans currently sits atop the league standings with a 6-1 (.857) mark, while Sam Houston State is second, just a game back in the loss column. The Cardinals are just a game back of Southeastern Louisiana (5-2), while Nicholls State, Incarnate Word, McNeese and Central Arkansas each have a 3-4 (.429) mark.

The Cardinals return to Beaumont after salvaging the final game of a three-game road swing. Big Red rallied from a first-half deficit to defeat Nicholls, 87-76. The Red and White rode the hot hand of sophomore Nick Garth, who scored 15 of his game-high 18 points in the second half.

Garth – who had hit only two threes in the past two and half games – connected on 5 of 7 attempts from long range in the final 20 minutes against the Colonels.

Garth was one of four Cardinals who scored in double figures in Thibodaux. He was joined by junior Zjori Bosha and sophomore Dorian Chatman, who added 15 points each. Sophomore Josh Nzeakor posted his second-straight double-double with 12 points and 11 rebounds.

The Cardinals enter the week still leading the league in scoring offense averaging nearly 80 points per game. A&M-Corpus Christi’s offense has also put up big numbers this season averaging better than 74 points per game – and rank second in the SLC shooting 46.3 percent from the field – but the Islanders have surrendered 74.4 points per game defensively.

The LU coaches and players will participate in the Coaches vs. Cancer 3-Point Challenge, which begins today and runs through Mar. 2. The 3-Point Challenge is part of the Coaches vs. Cancer Suits and Sneakers Week. In addition to the LU coaches wearing sneakers during this evening’s game to help raise cancer awareness, fans and players have the opportunity to help raise funds for the American Cancer Society.

By going to LamarCardinals.com, fans can pledge a certain dollar amount for every three-pointer the Cardinals make in games between Jan. 25 and Mar. 2. Fans can follow the 3-Point Challenge by going to 3pointchallenge.org.