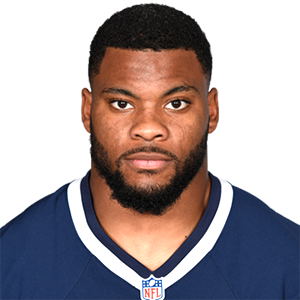 Not even a year ago, Elandon Roberts told a Houston newspaper he was a steal for any NFL team.

The people behind the NFL Combine apparently didn’t think so, initially. He wasn’t invited.

But ever confident in his ability, the 2012 graduate of Port Arthur Memorial delivered his own sales pitch during Pro Day at the University of Houston.

“The team that pulls the trigger on me is getting the best linebacker in the draft,” Roberts told the Houston Chronicle on March 25.

A month and five days later, the New England Patriots took a chance on him, drafting him in the sixth round. From that moment, Roberts knew he had a great chance of returning to his college hometown to play on the biggest stage in American sports — the Super Bowl.

“Most definitely,” Roberts told The News on Wednesday. “It’s been a great season and what not, but we’re focusing on Atlanta now.”

That’s the common forward-looking statement Patriots players and coaches deliver when asked about their ongoing success.

The Super Bowl is an expectation for a team that’s been to nine of them since the 1985 season, winning all of their Vince Lombardi trophies under coach Bill Belichick. The number of Super Bowl trips and Belichick’s appearances (seven) in it are both NFL records.

The Patriots thought highly of a 5-foot-11, 235-pound linebacker from a non-Power Five program to eventually groom him into a starter as an outside linebacker.

Roberts has started four of the past five games (including the postseason) and totaled 50 tackles, including five in the playoffs.

“Each week, we come out and we prepare,” Roberts said. “We put our best foot forward to do your job for the team.”

That’s all Roberts has done since he reportedly signed a four-year contract with the Patriots. Rotoworld.com in May noted he would compete for a role on special teams, but by October, Roberts was a starter behind the defensive line. He had seven tackles each in two straight games, making six solo stops in his first start against the Cincinnati Bengals. His career high in stops is 11 against the New York Jets the day before Christmas.

“I had believed in my abilities from day 1,” Roberts said. “My dad and my brother kept my mind right. I had a lot of cousins to look up to when they played Division I football. I did what I had to do, on and off the field and in the classroom.”

Roberts said he never worried about people saying he’s too small to play at the next level.

He began college at Morgan State, a historically black university in Baltimore that competes in the Football Championship Subdivision of Division I. Realizing he was a standout at that level with 107 tackles — the second-most in the Bears’ history — and three MEAC Rookie of the Week honors, he decided to come back to the Gulf Coast and try his hand at the Bowl Subdivision.

Roberts saw playing time each of his three seasons at Houston but emerged onto the national scene with 142 tackles in a Peach Bowl-winning 13-1 season for the Cougars. It wasn’t just another bowl win for Houston; the Coogs upset favored Florida State 38-24.

More than a year later, Roberts is going back home, returning to the nation’s fourth-largest city.

The lights will be a little bit brighter as Houston welcomes the Super Bowl for only the third time (1974 and 2004). The last time the building now known as NRG Stadium held the big game, Adam Vinatieri kicked a field goal to give the Patriots a 32-29 win over Carolina.

NRG Stadium is also the site of Roberts’ last high school game. He was a part of the deepest playoff run in Memorial history, which ended in a 51-31 defeat to Cibolo Steele in the 2011 5A Division II semifinal round.

The Patriots opponent for this Super Bowl is different. Carolina struggled to defend its NFC title, and the Atlanta Falcons will journey west with two of its own Golden Triangle products, Lincoln graduate Jonathan Babineaux and Bridge City product Matt Bryant.

It’s not lost on Roberts that he and Babineaux are the eighth and ninth Port Arthur ISD graduates to play in the Super Bowl.

He’s well aware of the laurels on which he builds, not rests.

“Being back in Houston, it’s a real good thing, but at the same time, I’m here to get the job done.”

It’s that business-like approach that is a hallmark of a Patriot, an approach that will keep Roberts grounded in the days leading to kickoff.

“My mind won’t be anywhere but the game against Atlanta,” he said.