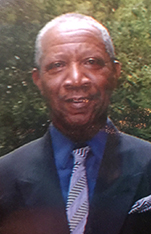 George Earl Miller was born January 10, 1950, to the late Irene Miller and Ulysses Bill of Orange, TX.  And he was raised by Hood and Bonnie Mae Adams. Who preceded him in death. While growing up in East Texas, George attended Fredonia Baptist Church in Oak Hill. He later fellowshipped at First Sixth Street Church after relocating to Port Arthur, TX.

George attended school at Mizner Elementary and Hill High School in East Texas and earned his certification as a Welder.

He spent many years in this vocation and was employed by Southwestern Tank, Baker Tank, Letourneau, TDI & Halper, Gulf Cooper, Bethlehem Steel and Stonegate Manor Apartments.

George was united in Holy Matrimony on August 12, 1983, to Marilyn Rhodes. He was a devoted husband and father until he entered eternal rest.