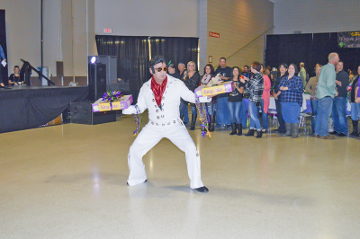 "Elvis" has entered the building during Beans and Jeans on Saturday.

The stars came out for Beans & Jeans

Where else can one find Elvis, Tina Turner, David Bowie and Prince under one roof than at Beans & Jeans? 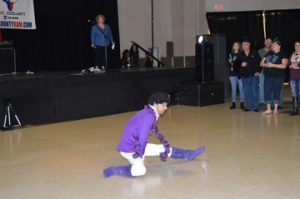 The crowd at Saturday night’s Beans & Jeans at the Bob Bowers Civic Center in Port Arthur were entertained by the likes of Elvis, Tina Turner, David Bowie and Prince. Music was provided by Electric Circus of Austin. it seemed the sold-out crowd Laissez les bon temps rouler!

A packed crowd braved the chilly weather to attend the fifth annual event on Saturday night at the Bob Bowers Civic Center in Port Arthur. Beans & Jeans unofficially marks the start of the Southeast Texas Mardi Gras season. This is the 25th anniversary for Mardi Gras of Southeast Texas.

The “celebrities” brought in King cakes as they danced to their songs. Actually the stars were portrayed by members of Krewe De Bon Appetit, one of 11 krewes participating. 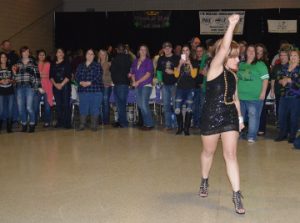 Tickets for the event once again sold out.

Electric Circus of Austin provided the music for the second year in a row. Jerrilynn Miller with Krewe De Bon Appetit and one of the organizers said the band plays a good variety of dance music. 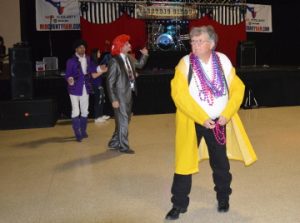 Beans & Jeans started at the Carl Parker Center at Lamar State College-Port Arthur, but sold out its first year before it was moved to a larger venue.

Red beans and rice and king cakes were served among other delicacies and BYOB.

“Beans and Jeans started as a fundraiser to pay for maintenance fees for the krewes. There are 11 other krewes participating,” Miller said. “We have close to 1,500 people to attend. It coincides with Epiphany or the Three Kings’ Day. It marks the end of the Christmas season and the beginning of the Mardi Gras season.”

As opposed to the formal balls held later in the season, Beans and Jeans is a casual event.

PA apartment fire displaces residents By David Ball david.ball@panews.com There were no injuries reported but the Red Cross was called... read more