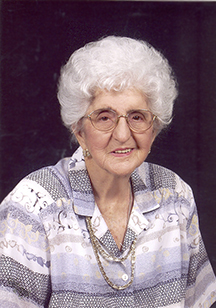 Doris Mary Elmer Coon, 93, was born May 14, 1923 in Pineville, LA to Mary Caroline “Carrie” DeValcourt Elmer and Angelo O’Brien Elmer. She died on January 6, 2017 at Collier Park in Beaumont, Texas. Doris moved to Port Arthur as a small child and attended school in Port Arthur graduating from Woodrow Wilson High School in 1940.

Doris married Oliver Claude Coon in 1942. They were married for 47 years when Oliver died in 1989. Doris was a devout Catholic and a homemaker most of her life, except for the short period of time when she worked at St. Mary’s Hospital in Port Arthur. Doris was a lifelong member of the ladies Altar Society, sang for many years in the choir at St. Peter’s Catholic Church, and an advisory council member of the SETRPC Retired and Senior Volunteer Program.

Doris was preceded in death by her husband, Oliver; her parents, Carrie and O’Brien Elmer; her sisters, Vivian Isaac, Beulah Morgan and Christine Sorrells.

The family would like to express their gratitude to Gentiva Hospice and the many nurses and aides who cared for mother, especially Amber and Summer and, also, to her care takers, Shelia, Gloria, Kimberlyn, Peggy, Tiffany and Temesha.

The family will receive friends Sunday, January 8, 2017 from 5:00 until 8:00 pm at Grammier-Oberle Funeral Home with a recitation of the Rosary beginning at 6:00. A Mass of the Resurrection will be celebrated on Monday, January 9, 2017, at St. Peter’s Catholic Church at 11:00AM. Interment will follow at Greenlawn Memorial Park.