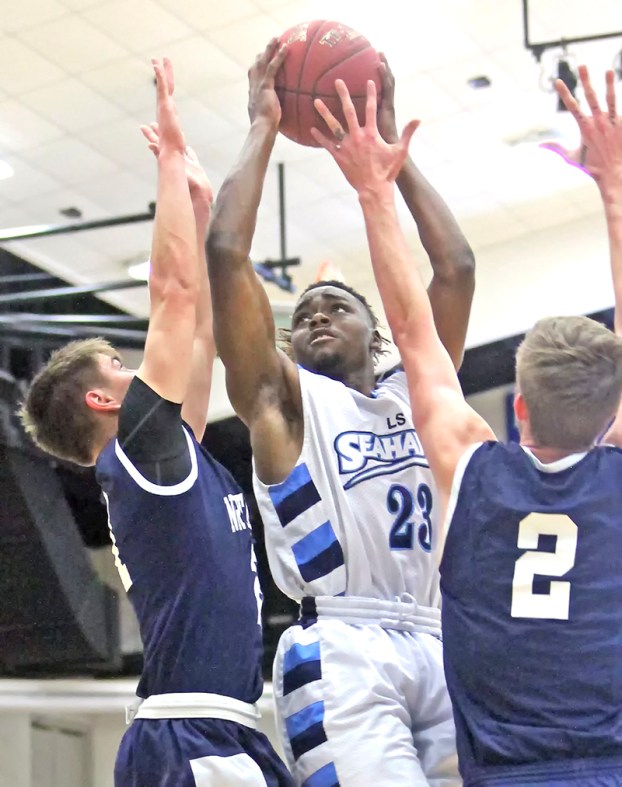 Seahawks ride another double-double in win

Petar Radojicic picked up his second double-double performance in as many days as the sophomore led Lamar State College Port Arthur to a 75-51 win over North American University on Saturday in the second day of the Seahawks’ New Year’s Classic.

The Hawks, who are now 9-3 for the season, left little doubt about who would take the win Saturday at the Carl Parker Center with LSCPA jumping out to a seven-point lead halfway through the first half and running away with an 11-point advantage by the halftime break.

The Hawks went on a 9-0 run midway through the first 20 minutes, led by Keion Farrington and Travious Grubbs. Grubbs, a Silsbee High School graduate, scored 15 points to lead the Seahawks with Farrington adding 11 points and eight rebounds in the game.

The Hawks ran away with the game through the second half, leading by as many as 26 before settling for the 24-point win over the Stallions.

The Hawks return to NJCAA Region 14 action on Friday when they travel to Carthage to take on Panola College. That game tips off at 6 p.m.