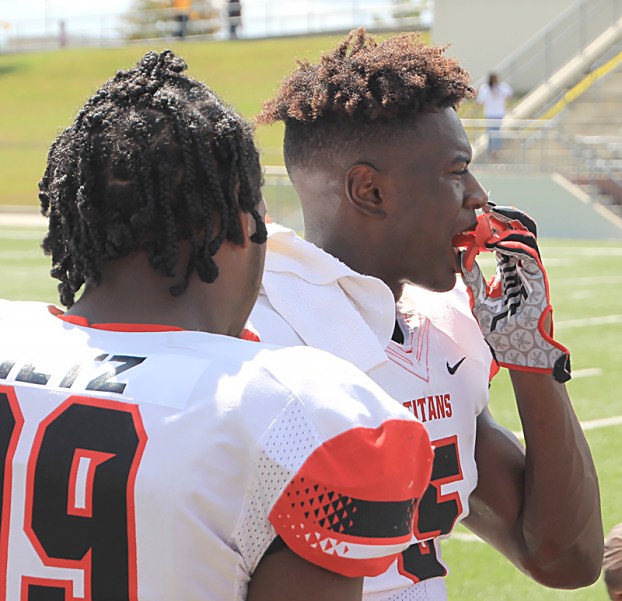 Say the name Kary Vincent Jr. to a majority of the quarterbacks from District 22-5A, and they might remember a throw or two they wish they had back.

The Port Arthur Memorial cornerback was a nightmare for opposing offensive coordinators all year long as the future LSU Tiger finished his senior campaign with eight interceptions, three returned for touchdowns.

He has been named the Defensive Player of the Year on the Port Arthur News Super Team. Vincent was also named Defensive MVP of District 22-5A.

“K.J. had an unbelievable year,” Memorial coach Kenny Harrison said. “We actually wanted to use him a lot more on offense, but we were able to save him until the playoffs so he was able to fully concentrate on defense.”

Vincent did not disappoint, and he certainly made his presence known to the Nederland Bulldogs.

“Game plan all week was to go out and dominate every position,” Vincent said after the win over the Bulldogs. “We focused on every phase of the game, offense, defense and special teams. I was just in the right spot at the right time, playing my part.”

Harrison knows Vincent has a lot of football left in his life. Scouts have drooled over Vincent’s football knowledge and speed. He is the reigning Class 6A 200-meter champion.

“He is a tremendous student-athlete,” Harrison said. “He could easily be making a living playing football one day.”

Harrison also tried to explain a side of Vincent some opponents took offense to this year.

“Kary really isn’t a disrespectful kid at all, he is quite the opposite,” Harrison said. “K.J. plays with a lot of emotion and he feeds off that. He tries to have fun on the football field. I know there were several games he went up against D-I receivers and he wanted to do everything in his power to show he was the best player on the field that day.”

I have a routine when I first enter the Port Arthur News office every day. If I time it right,... read more