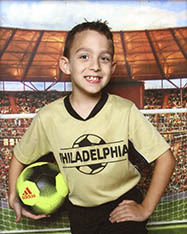 Greysen was an honor student every year. He enjoyed playing soccer and video games, like Minecraft. He loved to draw and was a member of Sealy Cub Scout Pack 443 Wolf Pack.

Memorial contributions for Greysen may be made to https://www.gofundme.com/droddy-family-medical-funeral-fun.

A gathering of Greysen’s family and friends will begin at 12:00 p.m., with his funeral service to follow at 3:00 p.m., Monday, December 26, 2016, at Broussard’s, 505 North 12th Street, Nederland. His cremation arrangements will be handled through Broussard’s Crematorium, Beaumont.