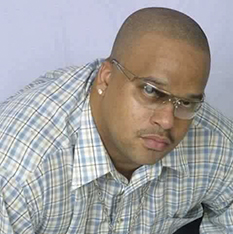 Aaron Joseph Prater, 48, peacefully departed this world into eternal rest on December 14, 2016. He was affectionately known by his family and friends as “Joe” or “Jo-Jo”. He was a resident of Austin, TX. for many years until he returned to Port Arthur where his educational foundation and family values were formed.

Aaron was born on January 22, 1968 in Port Arthur, TX the second child of Ernest Prater, Jr. and Eula Boswell Prater. He was a proud 1986 graduate of Thomas Jefferson High where he had a stellar athletic career.

He is preceded in death by his grandparents; Ernest and Gladys Prater, David and Eula Worthy, and Hosea Boswell, Sr.; Uncles Joseph Prater and Lee Andrew Hill, and Aunt Deborah Prater-Clay.