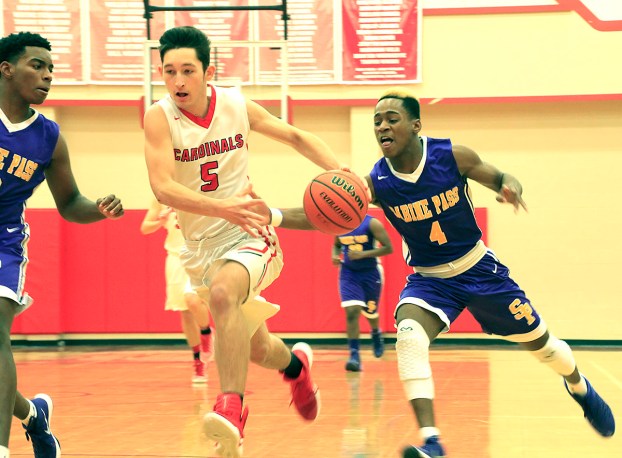 Things considerably picked up afterward, and Bridge City got enough balanced scoring to come away with a 50-45 victory in an afternoon game Tuesday.

The game remained considerably close after BC (7-5) went into the second quarter with a 4-2 lead. The Cardinals got 11 points from Hunter Wiegreffe and 10 from Brandon Vela in the win.

Two Sabine Pass players combined for 41 of the team’s 47 points. Daniel Sam finished with 21 points and Jamyus Jones had 20.

The two teams will meet again Dec. 28 in the Bridge City Cardinal Classic.

BEAUMONT — Lamar coach Robin Harmony knew there would be some rust shown in her Cardinals’ game against Loyola University... read more