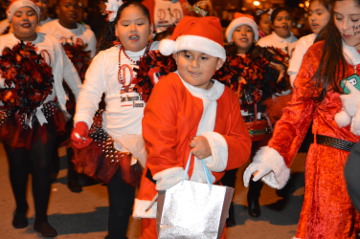 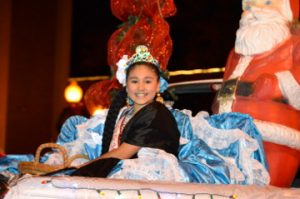 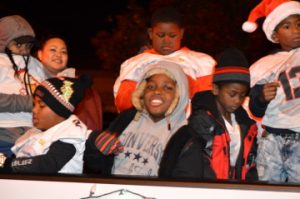 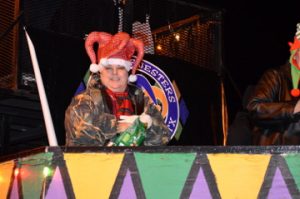 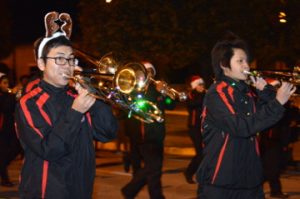 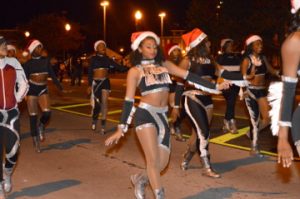 Coats and even blankets were the means of heat as families gathered up and down Procter Street to catch a glimpse of Port Arthur’s Annual Cultural Lighted Christmas Parade on Friday night. 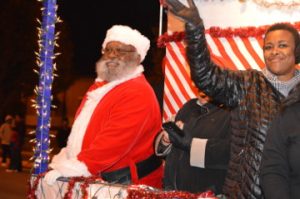 Gabby Hernandez and husband brought along their children and a few extras ranging in age from 3 to 13 to see the parade. The group staked out a spot across from Lamar State College Port Arthur as the kids got their plastic bags ready to catch some candy.

Not far away Ashley Weatherboard and Steve Babb brought along their four daughters to watch the parade.

“They’re more worried about the candy than Santa,” Babb said with a laugh.

During the parade a Motiva Fire Department truck sprayed what looked suspiciously like snow up in the air as firefighters on board tossed candy to the crowds.

Marching bands from Abraham Lincoln and Thomas Jefferson middle schools and Memorial High School whose members donned holiday lights and Santa hats made the event festive with their musical entertainment.

Jingle all the way to Museum holiday event

Children of all ages had a chance to jingle all the way during the Museum of the Gulf Coast’s Holiday... read more