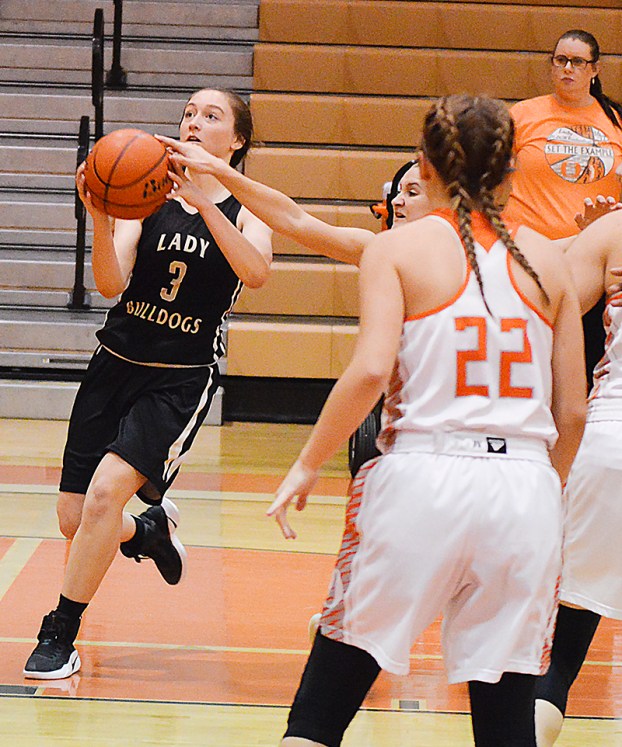 ORANGEFIELD — The Nederland Bulldogs started the day off right at the Bill Tennison Memorial Tournament on Thursday, only to see end it on a very bad note.

Nederland defeated Tarkington 33-32 to start its part of the tournament and was taken down 61-31 by the host Orangefield Bobcats.

The problem was simple in the second game for Nederland — turnovers. The Bulldogs (4-8) had 45 of them against Orangefield (6-5).

Orangefield was far from perfect itself with 28 turnovers.

Nederland held its own in the first period and trailed Orangefield 14-9 going into the second. Cayleah Martin, Malia Nicolasora, Gabby Gaspard and Da’Reyale Jones each had baskets in the game’s first 8 minutes.

Orangefield’s Emmi Lummus led all scorers with 16 points while teammate Paris Fregia had 10 and Jayme Deutsch, Faith Fregia and Tatum Garlington each had six points. Cameron Choate had eight boards to go with eight points.

The Bobcats put the game away in the second period as Orangefield outscored Nederland 18-9 and led 32-18 at the break. Nederland had 24 turnovers at the break compared to 16 for Orangefield.

Orangefield went on to score another 18 points in the third and once again held Nederland to nine points. The gap gave the Bobcats a 50-27 advantage heading into the final frame.

The Bulldogs could only muster up four points in the game’s final eight minutes. Martin scored all four points on two baskets.

Nederland struggled from the free throw line shooting 6 of 21 at the charity stripe. Orangefield hit 13 of 26 free throws.

The Bobcats outrebounded the Bulldogs 38-35.