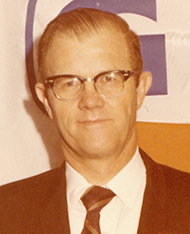 He was born on October 5, 1928 in El-Dorado, Arkansas to Robert Earl Sprowl Cunningham and Oma Lenora Dubois Cunningham.

Gerald had lived in Groves for 65 years and was retired from Gulf/Chevron as a mechanical and electrical engineer after 42 years of service.

He was a graduate of Louisiana Tech and a United States Army veteran.

A visitation for family and friends was Monday prior to the service at the funeral home.

The family would like to thank Dr. Jay Schachner and his nurse Shele for their special care of Mr. Cunningham.