New buses on the way for Port Arthur 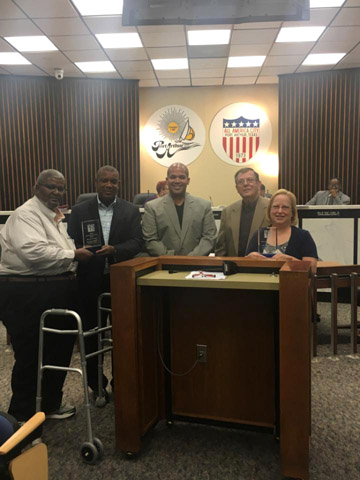 About a year from now 10 new “space-age” buses will be on the streets of Port Arthur.

Ronald McElhose, transit department director, said the buses are in production by Proterra. The Dallas Transit Authority ordered some of the buses and Port Arthur tacked on their order to it.

The PTA has been leasing and using buses from the city of New Orleans. The PTA will keep these buses as back-ups in the event of an evacuation after the engines are rebuilt.

“We’ll expand service on the north end,” he said.

Port Arthur was the only city in Texas to receive the electric buses via a Federal Transportation Administration grant. Funding will be based on a 80 percent/20 percent split, but cost nothing for the citizens of Port Arthur due to the Texas Department of Transportation paying the remaining 20 percent at no cost to Port Arthur residents.

Morris Albright III, District 3 councilman, asked what will become of the city’s propane tank station for the propane buses the city formerly used.

McElhose said there are only two propane vehicles in the city’s fleet and the propane station will be changed to a gasoline filling station for all city vehicles.

McElhose said in a prior News article the city has a lawsuit against Mercedes Benz because their propane buses were catching fire due to a defective design.

The company recently produced a newly designed battery in which the buses can run most of the day on a charge. When a charge is needed, McElhose said it only takes five minutes.

Mayor Derrick Freeman said he was excited about the city acquiring electric buses.

The department recently went to San Antonio on November 14 to receive the award. Port Arthur earned the award out of 260 incorporated cities.

The 2015 Port Arthur Downtown Revitalization Plan uses a combination of public and private initiatives as a foundation for planning, according to the city’s website. The Downtown Plan targets consensus building around and establishes a common image for Downtown Port Arthur as a once again livable, healthy and economically vibrant community destination. Downtown Port Arthur was once the vital heart of the city and this plan aims to recapture its past success and revive Downtown Port Arthur into an attractive place for residents, businesses, city services and visitors.

Hamilton said there will be grant money available for downtown revitalization.

Lastly, Warren Field, construction board chairman, spoke on securing the integrity of both the construction and zoning boards of adjustment and appeals.

He said there were three items he wanted to address with the council:

He said there have been problems of the council politicizing, interfering with the board’s operations.

Another item is adding new individual as voting members rather as alternates. The board was violated and in its purposes and operations by appointing the planning and zoning director to override the problem-solving role of the board.

Board members were also under the control of the mayor in the past, giving the mayor an unfair advantage over other council members.

“Each councilmember and the mayor have a single vote,” he said.

Nothing written in the city’s charter justifies placing these boards under a single member of the council.

The trainer for the construction board said earlier this year he couldn’t believe the board didn’t have a nine-member construction board. Field believes this would be the fairest representation for each member of the council.

The city council only appoints and reappoints individuals to the construction board. They do not assign them as regular members or alternate members.

“Those individuals have destroyed the credibility of the board, more specifically, by such foul play the construction board will not be in a position to render fair and unbiased decisions for proponents and opponents in its future public hearings,” he said.

Field summed up his position by saying if council is concerned about a fair representation of each councilmember, there are two workable remedies:

The construction board trainer said nine members is the best option.

Field cited the Port Arthur Economic Development Corporation Board of Directors who have nine members because they don’t have the same problems as the construction and zoning board.

Osman Swati, District 6 councilman, said he would take it as a personal opinion from Field certain board members have been politicized by councilmembers. Field said he was saying it as an example that it could happen.

Swati then asked what was in the board’s bylaws to move alternate members to voting members.

Field said it should had been put in the bylaws to detail how alternate members will move to become voting members, but it’s not stated in the bylaws. He added the board was going to include it in the bylaws, but they were told to hold off until they met with city staff.

They were also going to make a nine-member board.

“Do you think, as with the trainer who is a lawyer, it’s best we move to a nine-member board to have the best representation?” Field asked Swati.

Swati said he didn’t think it was a bad idea, but he would reserve from making a comment until he heard from the director of planning and zoning.

Field said he has seen malfeasance happen on the board and these two boards are the only ones with enough power in which the council cannot overturn them. Even the PAEDC cannot do that.

Willie “Bae” Lewis Jr., District 5 councilman, said the simplest and cleanest way to resolve the issue is to draft a resolution to have the board appointed by each councilmember; not nominated.

“That way that’s how you take care of depoliticizing it,” he said. 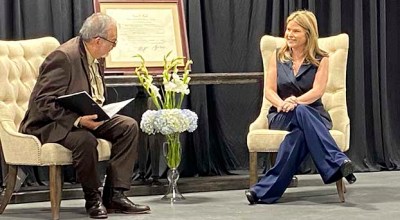