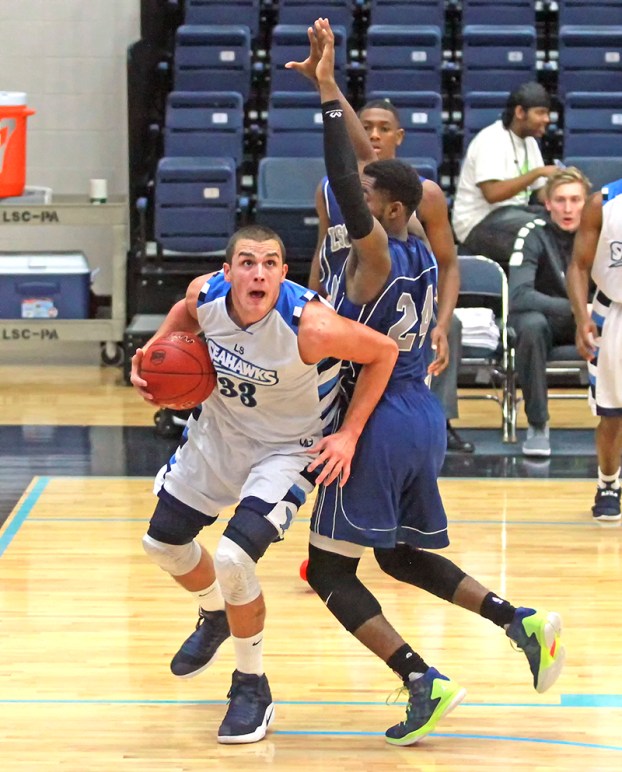 Radojicic returns with a bang

Serbian sophomore Petar Radojicic returned to the Seahawks’ lineup for the first time in nearly two years, bringing a healthy back and a point to prove as Lamar State College Port Arthur opened its season with a win against Lone Star College-Cy Fair on Saturday afternoon.

“Before Petar got hurt, he had a good outing his freshman year,” Seahawks head coach Lance Madison said. “He’s an older guy, he’s matured and now he’s been in our program for three years. We did a good job of getting him the ball. He’s crafty around the rim. He did what he needed to do to score for us.”

The Seahawks, now 1-0, return to the court Wednesday night in a non-conference game against Victoria College at the Parker Center. Tipoff is at 7 p.m.

“Being out last year was tough for me,” Radojicic said. “I came back this year ready to go. What I did today is what I was hoping to do, to come out and make an impact right away. I’ve waited a long time for this chance.”

The Hawks feature 10 freshmen on their roster this season, and the early-game nerves were a bit evident as LSCPA fell behind 7-0 to Cy Fair to start the game. The Seahawks battled back and finally took the lead 17-16 at the 12:42 mark of the first half on a layup by Radojicic.

The game went back and forth for a good part of the remainder of the first half, but the Seahawks would be too much down the stretch as they edged out by seven points at the break.

The Seahawks took their biggest lead of the game, 23 points, at the 11:54 mark of the second half on a three-pointer by Madit Daniel, a freshman guard from Adelaide, South Australia. Daniel finished with 7 points.

Cy Fair, who was led by Juwan Ard’s 28 points, closed the gap to within 10 points with 5 minutes left but the Seahawks came to life late and pushed the lead back out to 20 by the buzzer.