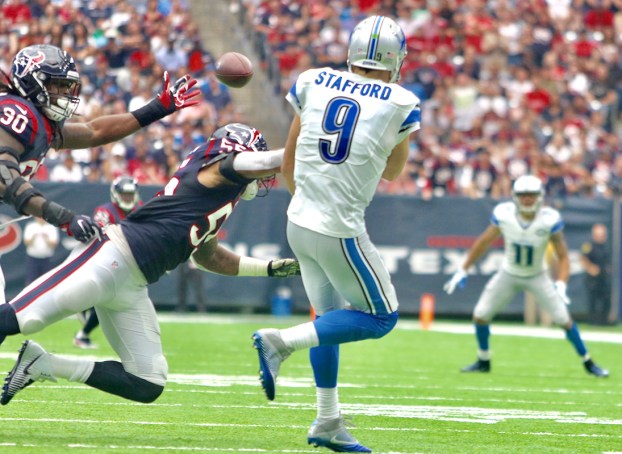 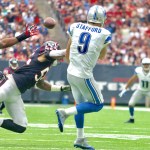 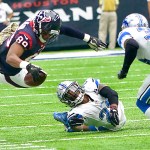 Texans wide receiver Stephen Anderson caught two passes for 17 yards in the Texans’ 20-13 win over the Lions. (Michael Sudhalter/Special to The News) 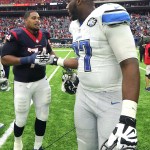 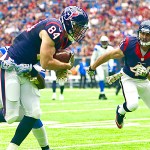 Texans tight end Ryan Griffin caught a pass in traffic that led to a Houston touchdown. Griffin finished with three receptions for 34 yards. (Michael Sudhalter/Special to The News) 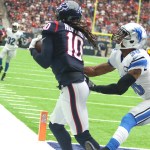 Texans receiver DeAndre Hopkins catches a pass just out of the end zone as Lions cornerback Adairius Barnes forces him out Sunday. (Michael Sudhalter/Special to The News)

The Houston Texans defeated the Detroit Lions 20-13 on Sunday at NRG Stadium in Houston.

BULLDOGS SWEPT IN V’BALL FIRST ROUND