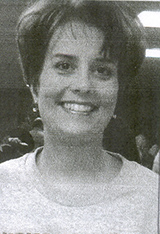 Tracie was born April 19, 1972 in San Antonio, Texas to William Turner McLean and Linda Nelson McLean. She was a lifelong area resident and a member of The United Methodist Temple. Tracie graduated from Port Neches-Groves High School and was a Lamar University graduate with a Bachelor of Science Degree in Business and also a Degree as a Paralegal.

A memorial service will be held Wednesday, November 2, 2016 at 3:00 p.m. at Levingston Funeral Home in Port Neches with Reverend Guy Williams officiating.

Tracie was preceded in death by her father, William Turner McLean.

Memorial contributions may be made to The United Methodist Temple or charity of choice.