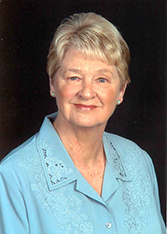 She was born on October 14, 1936 to Isabelle Marie Gonsoulin and J. P. Edgerly in Port Arthur, Texas. Beverly was a lifelong resident of Port Arthur. She graduated from Thomas Jefferson High School in 1955. Beverly worked at the International Association of Machinist Local as a secretary for 30 years. She was a member of St. Catherine of Sienna Catholic Church in Port Arthur.

She was preceded in death by her parents.

She is also survived by her brother, Gene Edgerly and wife, Flo of Orangefield, several nieces and nephews.

Beverly truly lived her life loving and caring for her family. To those who knew her, she was a saint. She fought a long, brave battle against Parkinson’s disease. We were blessed to have been able to take care of her during these difficult years. She knew God was with her through this illness. She was a very gracious patient. Most importantly, she taught us, her family, about compassion. She passed on peacefully. We will miss her dearly. Thank you God for giving her to us.

Visitation for family and friends will be on Friday, October 21, 2016 from 5:00 PM to 8:00 PM with a rosary to be prayed at 6:30 PM at Clayton Thompson Funeral Home in Groves. A Mass of Christian Burial will be celebrated at 10:00 AM Saturday, October 22, 2016 at St. Catherine of Sienna Catholic Church. Entombment will follow in Greenlawn Memorial Park under the direction of Clayton Thompson.

Bruce Christopher Johnson departed this life Thursday, October 13, 2016 at the Medical Center of SETX. A native of Neptune,... read more