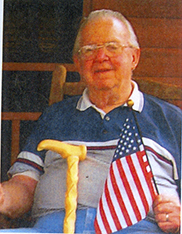 He was born July 7, 1930 in Houston, Texas. He was raised in Groves where he was a graduate of Port Neches-Groves High School and attended Lamar University, Beaumont. Jack was Assistant Safety Supervisor at Jefferson Chemical, Inc.-Port Neches, and after 27 years of service with Jefferson Chemical, he accepted the position of Manager, Safety Loss & Prevention for Olin Chemical Co., Lake Charles, Louisiana Plant. He was promoted to the Chemicals Group as Manager, Safety Training & Loss Prevention, serving some 38 Olin Plants in the United States and foreign.

A visitation for family and friends will be at 12 Noon on Thursday, September 29, 2016 at Levingston Funeral Home in Groves and the funeral service will begin at 1:00 p.m., with Reverend Kenneth Powell officiating. Burial will follow at Greenlawn Memorial Park.

Jack is preceded in death by his son, Michael Joseph Dorgan; and his parents, John and Mary Dorgan.

In lieu of flowers, the family requests that donations be made to the charity of your choice.