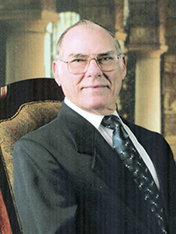 Raymond Roy Carre, 89, of Port Neches died Wednesday, September 21, 2016 at his home after a long battle with cancer.

He was born September 14, 1927 in Port Neches to Albert H. and Delila Carre.  He was a lifelong resident of Port Neches, and after graduating high school joined the Navy in 1945 serving at the end of World War II until 1948.  Following his military service, he attended AC/Refrigeration school in Chicago and returned home to Port Neches where he began his 37.5 year career with Union Oil.

He retired in 1986 spending many hours working on “projects” in his workshop.  As his granddaughter, Kelly, always said, “If Pop can’t build it, nobody can!”

The family would like to thank Mr. Freddie Spaulding, Raymond’s great friend, and Gentiva Hospice for taking such wonderful care of Mr. Carre.  A special thank you to Sharla Gonzales, R.N., and Linda Pitre, Nurse’s Aide, and Chelsea Woods, Social Worker, for being with us through it all.  It was the highlight of his day when these ladies came by for their visits.