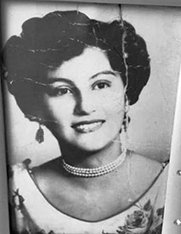 A visitation will be held on Sunday, September 18, 2016 at Clayton Thompson Funeral Home, Groves Texas from 5 pm until 8 pm, with a rosary to be prayed at 6 pm lead by Mrs. Corina Quintela.

A 10:30 am Mass of Christian Burial will be on Monday, September 19, 2016 at Our Lady of Guadalupe Catholic Church, Father Urbano Saenz as celebrate. Entombment will follow at Greenlawn Memorial Park in Groves, Texas.

In lieu of flowers the family kindly requests donations to the Humane Society of your choice or any animal shelter in the name of Hilda Gonzalez Torres.