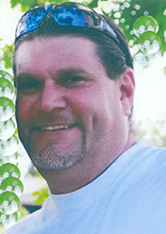 Daniel Paul Gordy, “Danny” 47, of Port Arthur, Texas passed away peacefully surrounded by family and loved ones on August 31, 2016 at Memorial Hermann Hospital in Houston.

Born in Port Arthur, Texas on September 4, 1968, the son of Dennis and Ruth Ann Gordy. He was a graduate of Thomas Jefferson High School. Danny was a local plumber  for Groves Plumbing for several years.

He enjoyed life, family members and many friends. He will be greatly missed but not forgotten.

A memorial service to honor Danny’s life will be celebrated at 1:00 PM Thursday, September 8th 2016 at Church on the Rock in Beaumont, Texas. Arrangements for cremation are entrusted to Clayton Thompson Funeral Directors in Groves.