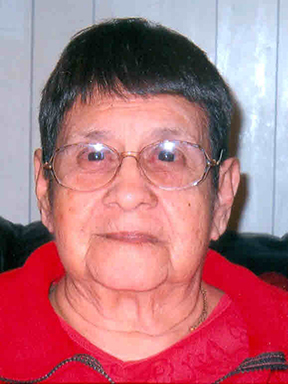 Dora was born on February 7, 1921 in San Antonio, Texas to parents, Fernanda (Cotez) and Simon Polanco. She had lived 71 years in Port Arthur and the last few years in Austin. Dora had worked at Kelly Air Force Base in the parts department, as a CNA nurse, dietitian at St. Mary’s and also received her real estate license. Dora was a member of Our Lady of Guadalupe Catholic Church and she was active in the Damas Gaudalupanas; was president in the mid eighties. Dora also very involved in her children life; PTA and Den Mother for the Girls Scouts.

A visitation will be held on Sunday, February 28, 2016 for 5 pm until 8 pm at Clayton Thompson Funeral Home, with a rosary to be prayed at 6:00 pm. A Mass of Christian Burial will be held on Monday, February 29, 2015 at 11 Am at Our Lady of Guadalupe Catholic Church with Rev. Urbano Saenz Ramirez, serving as the celebrant.  Burial will follow at Greenlawn Memorial Park in Groves.